SPECULATION: Apple has been a releasing machine in 2008 –... 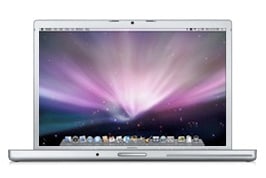 The old rumor mill continues to churn, and Apple has done such a great job of releasing product so far in 2008, that people are now starting to wonder what’s coming out “next week”.

So far, there hasn’t hasn’t been a Tuesday yet when Apple hasn’t released something – although last week it was only minor software updates. The current rumor making the rounds is that Apple will release new Macbook Pros next Tuesday, Feb. 12th, 2008. Of course, the only “sources” to these rumors are “people close to the situation” and all of that…so it’s hardly confirmed, but for those of you that are looking for new Macbook Pros – fear not, they’re coming.

How do I know? Well…because new product updates are ALWAYS coming. I don’t know exactly WHEN – but I can guess with nearly 100% accuracy that new Macbook Pro updates will be coming in 2008.

While you’re throwing your speculation hats on, don’t forget we still have OSX 10.5.2 and the AppleTV software update to look forward to – and the iPhone SDK is supposed to be coming this month as well – so it’s going to be a FULL quarter in the world of Apple.

And I gotta tell you – that’s great news to me. Last year at this time we had the AppleTV “take one”, iPhone hype…and NOTHING. This year has been completely different, and it makes me truly excited for what 2008 holds for Apple.