According to some reports, Apple is mulling a stability release, delaying new features in their software to work on improving their existing features. Is this a good idea, or is Apple just failing to innovate, as critics regularly charge?

Apple has just recently been reported change the focus of the next iOS release. According to reports, iOS 12 will focus be stability releases, rather than feature releases. This means Apple may delay releasing new major features in the newest versions of iOS. Instead, they’ll fix up the existing features, ensuring fast performance and bug-free functionality.

Some users call this the “Snow Leopard” treatment, referencing Apple’s stability-centric release of Mac OS X 10.6. Rather than adding on new features, the goal of the OS X team was to improve performance and efficiency from Mac OS X Leopard while reducing the operating systems memory footprint. Even the operating system’s name signified a focus of improvement and refinement. While the focus was unusual, this lead to one of the most stable versions of OS X ever released. New programming frameworks like OpenCL were created and much of the software of Mac OS X was extensively rewritten to take full advantage of then-modern Macintosh hardware. It wasn’t the kind of release to drive new users to the platform, but it was a welcome improvement over the previous incarnation of Mac OS X.

Is an iOS stability release necessary? 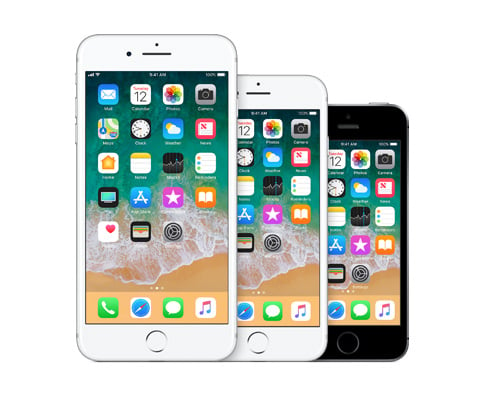 Is it time for iOS to get another Snow Leopard release? With the torrent of bugs on macOS and iOS, ranging from cosmetic to dangerous, we’d say that this sounds like an excellent idea. Apple has been taking major heat in the media for poor handling of its battery performance issues, but quality and security issues have not been far behind. While the hardware, as always, is excellent, some have worried that Apple has allowed the software side of the business to slowly decay. While histrionics about how “Steve would have never let this happen” are surely overblown and tinted by the rosy glasses of nostalgia, today’s Apple might not be a company that can proudly claim “It just works.”

Only a brief review of user complaints and informal bug reports is required to get a sense that Apple’s software release have been a little rough around the edges lately. And while we can’t claim that this versions of iOS and macOS have been definitively more buggy than other releases (we don’t have Apple’s internal data after all), anecdotes certainly do seem to point in that direction. And while the plural of anecdote is not data, it’s hard to make this seem like just a bunch of complainers.

What iOS features 3will be delayed?

It’s impossible to say exactly what will be delayed at the moment, but we have some good guesses. According to MacRumors, multiple features of iOS will be delayed until 2019, “including a planned refresh of the iPhone home screen and CarPlay interface, improvements to core apps like Mail, and updates to capturing, editing, and sharing photos. ” It’s true that these new features would be welcome. However, adding new features while core functionality languishes is a good way to ruin an operating system.

Some new features will probably still make the cut. Reports expect improvement to features like parental controls, augmented reality (ARKit) and the Health app. Apple is also reported to be working on making iPhones more responsive and including features that allow users better visibility in to their battery health and functionality. If the focus is changing towards a stability release now, it’s likely that these features have already been essentially finished. If so, scrapping them wouldn’t necessarily help improve iOS 12’s eventual release.

Reports so far offer no news on what will happen with macOS. Will this also be a stability release for the next Mac operating system? It could almost certainly use it, perhaps as much as iOS. But consider the second fiddle macOS has played for a little while, we can only wait and see.

Of course, a stability release hardly lights a fire under consumers. People pay for new features, new apps and new capabilities. While a stability release is likely a positive choice (and maybe even a necessary one) for the good of Apple’s software as a whole, it’s unlikely to lead to customers knocking down the door looking for the newest iPhone. And it’s always possible that a so-called stability release will not actually improve the performance of the software, although only time will tell.

If we do see a stability release in iOS 12, we can be sure to hear that Apple is doomed. Critics will cite a lack of new features as evidence of Apple’s lack of creativity. Skeptics will bemoan the state of Apple’s offerings. But this has been the case regardless of what Apple has offered for years. Sure, it’s true that Apple hasn’t launched category-defining products in a while. But to compare the release of the iPhone, one of the most successful tech products of all time, to something like a software update seems disingenuous and unfair.