You are here: Home / Apple Inc / Four Ways To Save Apple’s Falling Stocks 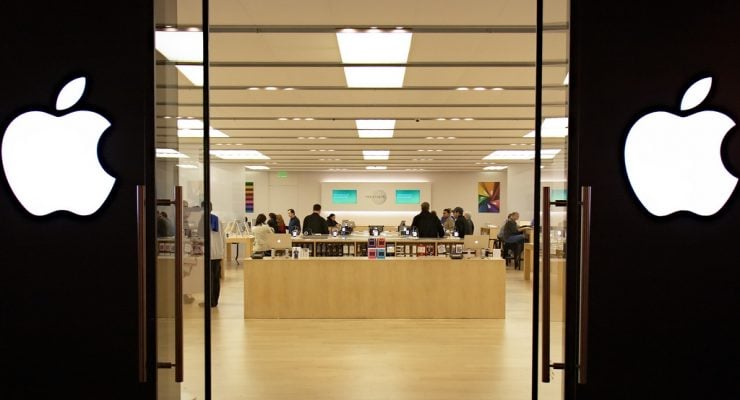 It seems like everybody is talking about Apple’s falling stocks, the company has suffered a huge downturn in recent months (14% in the last year). They boosted a little bit lately and on April 14th even closed at 112.1, but it’s been one disappointing quarter after another for the company. At the end of last April they reported their worst quarter in over a decade. CNBC quoted the falling stocks of other tech giants Google and Netflix and reasoned that overcapacity in the market is a large reason why the company is suffering. Time cited falling iPhone sales and lack of growth in the Chinese markets. In all, there’s a multifaceted answer to why Apple’s stocks are falling but here are a couple possible ways that the company can keep their investors from running to the brokers.

The company really, really needs to give us something mind-blowingly new. When the iPhone 6 was released, the common sentiment among buyers was pretty much “so….it’s just another iPhone?” There were a few fun updates like the touch sensitive technology and hands-free Siri but it didn’t inspire people to camp out in front of the stores for weeks like they did for the first models. And there are an incredible number of things that Apple can do that would be considered revolutionary. But whatever they do it has to be so new that there isn’t a market for it yet. They have to snatch up all the buyers before the market floods. In five years we’re going to see Virtual Reality headsets become commonplace and in ten years self-driving cars will probably rule the streets. Apple needs to create their own thing. Something so new that when Tim Cook unveils it at the next trade show people will say “well we can’t not have that.” Maybe the next Apple TV box has a hologram projector built in?

Tim Cook is a cool guy but he hasn’t really proven to be a great face to the company. Steve Jobs was an icon in that he was seen as revolutionary. It doesn’t matter if he was revolutionary or not, that’s just how the public (and shareholders) saw him. When Jobs was at the helm, investors were looking toward California and wondering, “what the hell is he going to do next”. With Tim Cook there just isn’t that kind of frenzy. Look at the innovation associated with Elon Musk, who after all really only runs a fancy cab service. But he’s experimenting with insultingly-high-speed trains and introducing self-driving cars in Pittsburgh and people are chomping at the bit for Uber’s IPO because they trust the leader. Tim Cook doesn’t really inspire that kind of cult following.

Apple and their marketing company TBWA\Chiat\Day are marketing geniuses. When the “Think Different” campaign was released, the company was in a similar situation, their market shares were falling. The campaign re-established their counterculture image, but the fire of the Think Different campaign and those since have all but turned to coals. They need something big. The next campaign has to have a call to action so huge, people can’t help but get to the Apple store. If nothing else, I would suggest a lot of well-placed and well-designed hype around the iPhone 7.

4.) Stop relying so much on the iPhone

Almost everybody has an iPhone and as long as Apple continues making them, almost everybody is going to continue to have an iPhone. But iPhone sales have been dropping lately for a number of reasons. China, their second-largest market, has experienced something of a financial downturn. Their economy is picking up, but it’s still not where it needs to be. The Chinese aren’t buying as many iPhones as Apple needs them to and Samsung is doing stuff that’s just as innovative as Apple. So if I were in the boardroom with the Apple guys I would say there needs to be a persisting notion that the iPhone cannot be their bread-and-butter any more. And they can do that. They did it with the iPod.

I know I’ve said it repeatedly but the best thing for Apple would be to create a market that doesn’t exist yet. The iconic Apple sticker is slapped on the back of soccer-mom minivans more than tattooed on lead singers forearms. And that’s not a good thing, soccer moms aren’t innovating. At the moment it seems like the company is running on a treadmill, sure they’re moving, but are they really going anywhere? Tim Cook isn’t inspiring anybody to do anything exceptional and the minor iPhone and iOS updates haven’t created much of a buzz. The iPad hasn’t entered into the business market like they were hoping it would and though you probably find Macs in 80% of Fortune 500 companies, they really haven’t hit it off in the business market all together. Stock buyers have become very weary of tech companies lately after Microsoft and Twitter’s shares have floundered. Apple has to do something to remind us that it’s not just a tech company. They have to remind us that they’re the tech company.

Should The iPhone 7 Screen Go Back To iPhone 4 Size?