You are here: Home / iPhone / Should The iPhone 7 Screen Go Back To iPhone 4 Size? 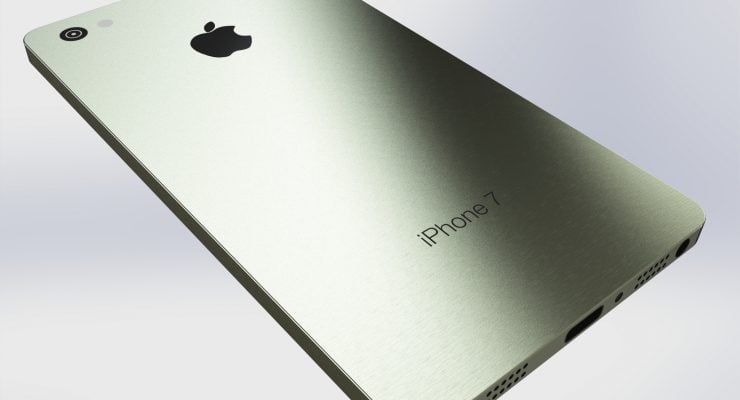 The iPhone 7 screen size is a hot debate among Mac aficionados. At this point we’ve seen pretty much every screen size that needs to be made. The size of iPhone 4 was the standard for a couple years. Now with the iPhone 5 and 6 plus we’ve seen a lot of variation in screen sizes and everybody seems to prefer something different. Each size has had something innovative to offer and Apple has definitely learned something from each new model. Here are the screen sizes of the last few phones:

The iPhone 6 plus often seems comically large in the hands of a 5’2 woman. Similarly, I’m a 6’4 guy and the iPhone 4 felt like a breath-mint in my palm. A number of Mac sites have reported on rumors that the iPhone 7 will be an entire front screen. So there won’t be any home button. A few competitors already have models that feature screens that wrap around the sides of the phone. But, as far as I’ve seen, there aren’t any phones by any company that have a full frontal screen. The Daily Mail recently reported on Apple patents that would feature a screen that takes up the entire front of the phone, but that was filed over a year ago; the patent is titled “man-machine interface for controlling access to electronic devices”.

The iPhone 7 might be the longest we’ve gone without a screen size change since the original iPhone to the 3GS.

With the iPhone 6, Apple made a wise decision by introducing phones with three different screen sizes (if you include the iPhone SE as an iPhone 6 model). While the iPhone 6 plus was chunky and fit awkwardly into most pockets, consumers really didn’t have any right to complain about the size. If you wanted a smaller screen you should have gotten the iPhone 6. It’s not Apple’s fault that your eyes were bigger than your stomach, or in this case your palms. The iPhone 7 screen size is one of the hotter topics of discussion. Other than the iOS updates, there aren’t many changes that need to be made in the new model. And it’s not as if we desperately need a system update. Let’s just that hope that Apple doesn’t make another mistake like the bending iPhone that we saw not too long ago.

I'll wait for the iPhone 7. I want all those specs but I refuse to go backward in screen size

A few days ago, Yahoo reported that Apple had begun production of the iPhone 7 with three screen sizes available. Which means that they figured out that people want variety from the iPhone models. The tech specs on the iPhone 7 will probably be mostly the same, though it’s safe to assume that there will be an iPhone 7s version of the phone since they’ve had so much success with that in the past. The Yahoo report states that Foxconn and Pegatron, are supposedly building the iPhone 7. The Chinese and Taiwanese companies are the same groups that Apple has gone to in the past for their products. There have been a lot of rumors circulating that the iPhone 7 won’t have a headphone jack. Such an update would correlate with Apple’s desire to make their products as sleek and simple as possible, but it also seems a bit silly and difficult. The absence of a headphone jack might make sense when everybody is using Bluetooth headphones but most people still “plug-in” to their phones and a world with completely wireless headphones is probably a few years away. Apple might be wiser to wait until the iPhone 8 for that update.

I believe that the best sized iPhone that we’ve seen so far is the iPhone 5/5s. The model was thin and classic. I was a huge fan. However, I have friends that are stock traders and they were very happy to see the iPhone 6 Plus screen size. As a freelance writer, I also found some appeal in the size of the 6 Plus screen. It’s pretty tough to write on WordPress on an iPhone 4s. No matter how great the app is. But the iPhone 6 Plus screen just wasn’t practical. I’d have to carry a man-purse around or at least wear a fanny-pack to hold my phone. And my technological addictions haven’t yet reached that level of desperation.

Essential Tips For The iPhone 6s