Essential Tips For The iPhone 6s

Every time Apple comes out with a new model of their iPhone there are dozens of sleek unseen features that most of us never realize. The iPhone 6s is the same as every other model in that the behind-the-scenes features of the model are great and most people never really realize the potential of their phone. It almost seems like they’re putting in a lot of features with the realization that many of them may go unused. Here are a few essential tips for the iPhone 6s that will maximize your phone’s potential.

Hands Free Siri
Siri is hands free with the iPhone 6s, all you have to do is say “Hey Siri” and then give your command. So if you’re driving and you want to hear a new song but there’s a cop driving beside you, all you have to do is talk at your phone. As a bonus, you can switch Siri’s voice to a British or even an Australian accent. I highly recommend this, it might even be my favorite feature in the phone.
[youtube https://www.youtube.com/watch?v=Z90nZtd1AmM&w=560&h=315]

Make Your Own Live Wallpaper
Live Wallpapers are one of the coolest new features in the iPhone 6s. The live photos were a welcomed new development but we didn’t realize that they could turn in to wallpapers as well. You enable live photos by hitting the button in the center of the top menu of the camera app but beware, because live photos take up a lot more space than regular pictures. Apple has included nine live wallpapers with the phone but you can make your own by taking a picture hitting share then set as wallpaper. And there’s also an app that has a lot of really sweet live wallpapers loaded into it (including one of Drake dancing).

Turn Your Keyboard into a Trackpad
In order to turn your keyboard into a track pad all you need to do is hard tap on the keyboard and you’ll be able to move between the text. This is so much easier than the magnifying glass that we’ve had in the older versions of the iPhone. 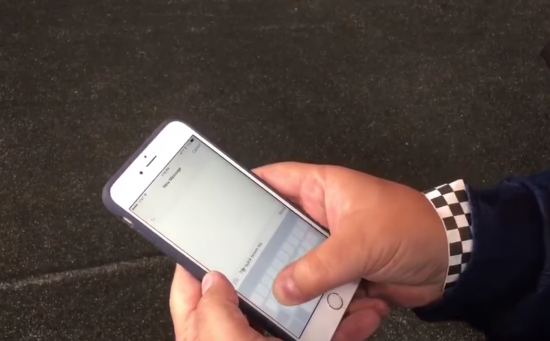 Maps is Easier to Use
Maps have always frustrated the hell out of me but with the touch sensitivity in the new iPhone 6s, they’re now ridiculously easy to use. Just hold down the icon and select the action that you want. 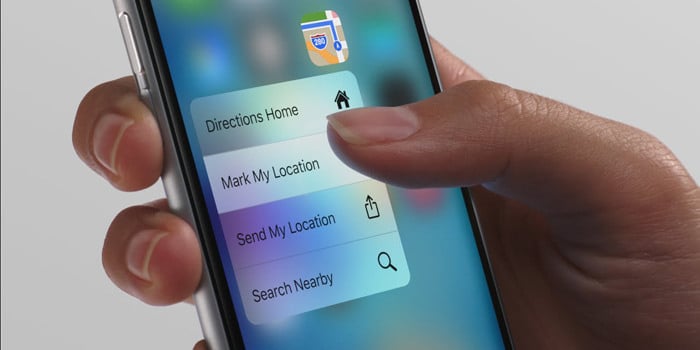 Quick Switch Between Apps
The touch sensitivity allows you to quickly move between apps, which has been a slow process before. All you have to do is touch firmly on the left side of the display and swipe quickly across the screen. It sounds simple because it is. You can also use this to quit certain apps if you’re worried about your power.

Quickly Take A Photo/Video
All you have to do to quickly take a picture, video, or selfie in the iPhone 6s is press a bit harder on the camera icon and you’ll have a list of options. This makes snapping that quick selfie with Michael Jordan easy if you should ever run into him. Also, you can now take 4k videos (just go Settings>>Photos & Camera>>Record Video) which give you great quality but again you have to weary of this feature because 4k videos will take up a LOT of space on your phone. 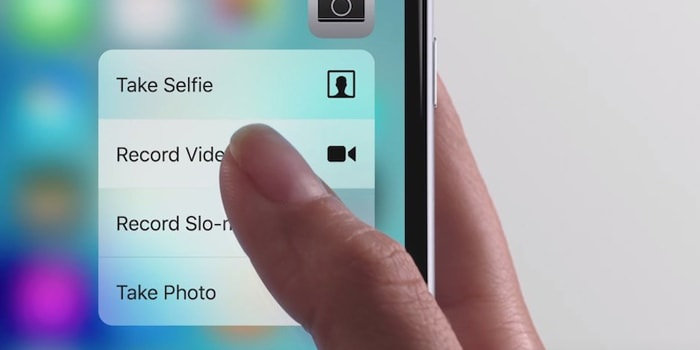 Message People Quicker
All you have to do to quickly message people with the new iPhone 6s is hold the messaging icon and you’ll see your most recent contacts. Then tap one of them and you’re in your messaging center.

Activate Low Power Mode
With you photos hogging all your data, you’re going to need to save a lot of power, which you can do by activating the low power mode. They’re saying that you get 2-3 more hours of power with the power saving capabilities. When you’re in low power mode, your battery will turn yellow. 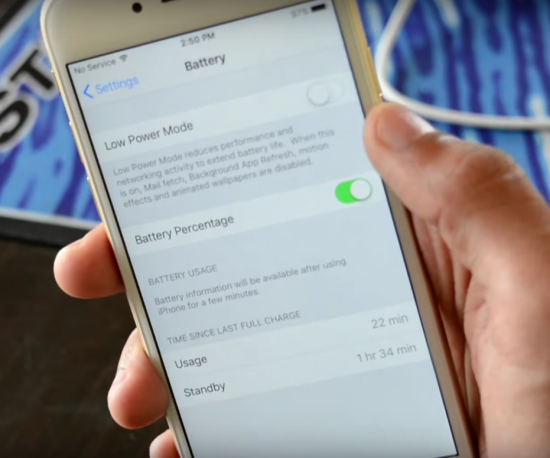 The most important aspect of the iPhone 6s is the touch sensitivity. If you have heavy fingers, then you’ll need to adjust the 3D sensitivity on your phone. The sensitivity makes it an entirely new phone, every app is completely revolutionized and the device becomes even more user friendly.