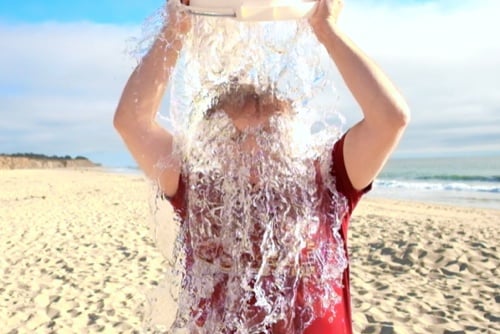 The Ice Bucket Challenge has been one of the most talked about topics online in the past days, thanks to celebrities taking their part in promoting awareness for Lou Gehrig’s Disease, also known as ALS (amyotrophic lateral sclerosis).

While it is not one of the most unknown conditions in America, it does need more support in terms of money and awareness, and the Ice Bucket Challenge is the latest activity that the illness’s advocates have initiated.

The support has been overwhelming with the likes of Justin Timberlake challenging Jimmy Fallon.

How about this? (Kinda hard with all that water…) You, too, can join the #IceBucketChallenge by sharing your own photos and using the hashtag.