Ex-Apple Employee Sam Sung Is Cashing In On His Stint...

Remember that guy named Sam Sung who used to work for Apple? He’s a real person, and that’s really his name. Naturally, when his identity and job came to light back in 2012, the media was quick to jump on it. Huffington Post even wrote about how they went to the Apple Store in Vancouver to meet him, and said he was a “nice guy” although he couldn’t really say much because of Apple’s strict media policy.

As it turns out, Sam Sung stopped working for Apple in December 2013, and has since then stayed out of the limelight. This week, though, we hear from him – and his Apple connection – again. 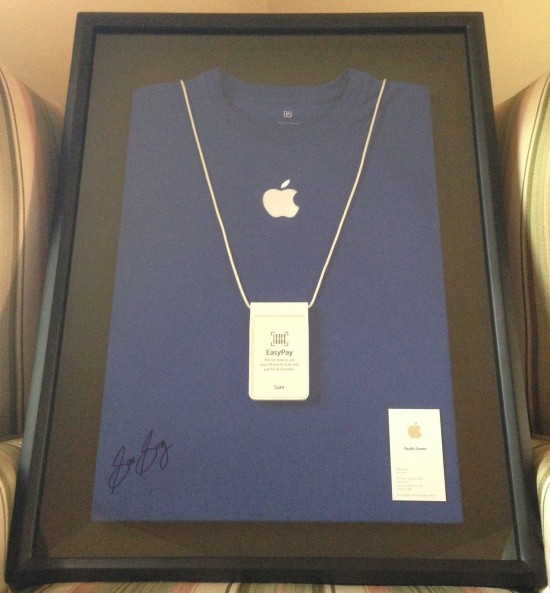 Sam Sung is auctioning off his Apple business card, which was the main thing that went viral back in the day. The auction includes his Apple t-shirt and lanyard. 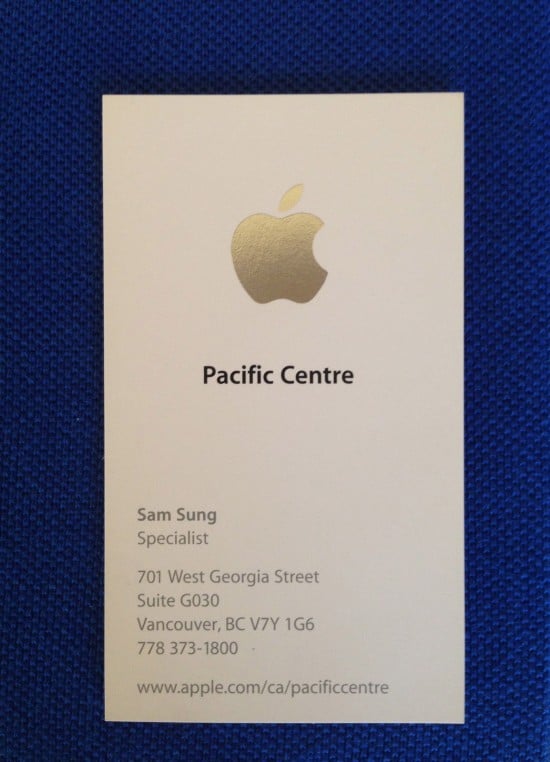 Before you judge – Sam Sung is doing this not for himself, but for charity. The auction is being held to raise money for the British Columbia and Yukon chapter of Children’s Wish, “a not-for-profit that grants wishes to sick children.” I think we’ve heard of it – or at least other charities with similar goals.

Say what you will, but I think it’s a great way to capitalize on the funny coincidence of Sam Sung being an ex-Apple employee.

The auction still has 7 days to go, and the bid is up to $80,200. If you want this much-valued collectible and have the cash, bid here.

New Madrid Apple Store is More Than a Thing of Beauty