by Robin Parrish 11 years ago10 months ago
6 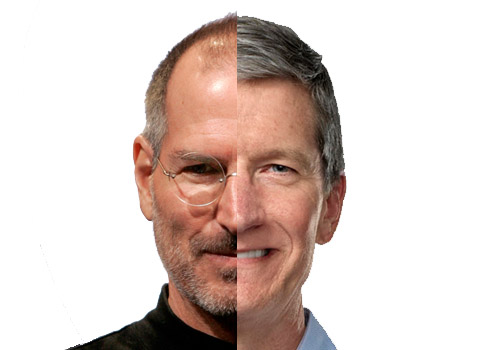 By now you’ve probably heard that Apple CEO Tim Cook announced this morning a plan to pay back cash dividends to its shareholders. It’s a big news story for Apple, but I think there’s a bigger one: this is Cook’s first big move that signals a change in Steve Jobs’ way of doing things. Where is Cook taking the company?

Steve Jobs famously did not run Apple the way other companies are traditionally run. He put an end to stock dividends when he returned to the company back in ’96, preferring to stockpile the company’s income in order to “build the future.” But Jobs is gone now, the company is insanely lucrative with more money than it knows what to do with, and arguably, paying out dividends is the logical, non-evil thing to do.

Others can speak to the dividend issue with far greater analysis and intelligence than I can. Financial issues such as the stock market are not my area of expertise, so I’m not going to embarrass myself by going on about that at length.

What interests me in all this is that it’s the very last thing Jobs would have done. There was a school of thought after Jobs died that suggested that the company might proceed forward with the operational mandate that’s summed up by the letters “WWSD.” What Would Steve Do? The thinking was that Apple’s enormous success and record-setting turnaround over the last fifteen years was mostly due to Jobs’ unconventional leadership methods and uncanny knack for predicting the future of technology. So it would make sense for Cook, his cadre of VPs, and the company’s board of directors to test every action they considered against the litmus test of whether or not it’s something Jobs would have approved of.

No one can think like Steve Jobs. He was an original. (He was also deeply flawed to the point of narcissism at times. He wasn’t perfect, and he wasn’t incapable of being wrong. However, the results he got cannot be disputed. But I digress.) So Apple is wise not to bother trying to predict whether their every move now is something their fallen leader would have done, were he still alive. That kind of endless second-guessing would spiral into madness, and stagnate the company.

On the other hand, that doesn’t mean they have to turn their back entirely on his methods and ideas. And this dividend thing today is a very big shift in Apple’s thinking. It is, frankly, exactly What Would Tim Do? This move today is a clear statement that there’s a new man in charge, that the Jobs era has ended, and that Tim Cook has no intention of trying to emulate his former boss. So I can’t help wondering where Cook is planning to take the company.

Is it possible that Cook’s different style of leadership and his “standard corporate America” methods are just what Apple needs at this point in its history? Sure. Anything’s possible. This is a pivotal moment in Apple’s story, a major shift, no matter how you slice it. But, Devil’s Advocate… The times that Apple made its mark on history were only the times when Jobs was in charge.

Cook will always be measured against the things he does that are congruent with Jobs’ methodology, and the things that he does that are different. He’s standing in the shadow of one of the most important CEOs in modern history, and he always will. Maybe he intends to find a balance between walking in Jobs’ footsteps, and leaving his own mark and legacy within the company. That would probably be the wisest approach he could take. Only time will tell if Cook proves to be as effective a leader as Jobs.

Let’s temper all opinions and predictions borne out of today’s announcement with this reminder: Tim Cook was Steve Jobs’ friend, confidant, and the man Jobs personally selected to run the company after he was gone. If he had Steve’s full confidence and trust, then shouldn’t that be enough for the faithful?

What do you think? Would Cook do well to break from Jobs’ way of doing things entirely, or should he try to mimic Jobs’ management methods as much as he can?