For years we’ve been hearing rumors that Apple was preparing to release an HDTV. Industry insiders and analysts often claimed that it would be coming soon, and that it would change the way that we watched television forever. But as the years passed, and no such product was ever revealed, those rumors seemed more and more dubious. Now, the Wall Street Journal reports that Apple was indeed building prototype HDTVs, but development ceased a year ago, with the entire project being put on the shelf. While some consumers will no doubt be disappointed by this news, if you’re at all familiar with how Apple operates it shouldn’t really come as much of a surprise. Here are three reasons why Apple likely killed its HDTV.

The WSJ article says that when designing its prototype television sets Apple toyed with a number of new technologies, including incorporating screens with 4k resolutions, built-in FaceTime cameras for video conferencing, and using lasers to display images. While some of that technology was certainly well ahead to its time, it also added a great deal to the cost of the television too. In the end, Apple execs working on the project simply felt that they weren’t delivering anything new or innovative that could change the television industry in any significant way. The prototypes were interesting, but they didn’t result in a product that would have the same impact as the iPhone had on the cell phone industry for example. If the company couldn’t deliver an HDTV that was revolutionary for consumers in some way, it just wasn’t worth continuing to pursue.

Another reason for not moving ahead with plans to release an HDTV is likely due to how competitive the television industry can be. It is a notoriously cut-throat market where consumer electronics giants go head-to-head in a race to see who can move the most high-priced products, while barely scraping by on incredibly thin margins. Apple thrives on the high margins found in its premium product line, which is why it has always been reluctant to release a budget laptop for instance, even though the rest of the industry couldn’t resist slashing prices at the expense of quality. It is also why Apple has chosen to stick to the high-end smartphone market too, allowing other manufacturers to battle it out with low-cost Android devices.

It seems highly likely that when analyzing the costs of getting into the television market, Tim Cook and company took one look at the economics of the industry and decided it wasn’t in Apple’s best interest to pursue production of an HDTV. This is especially true when you factor in the lack of technological innovation already mentioned above. 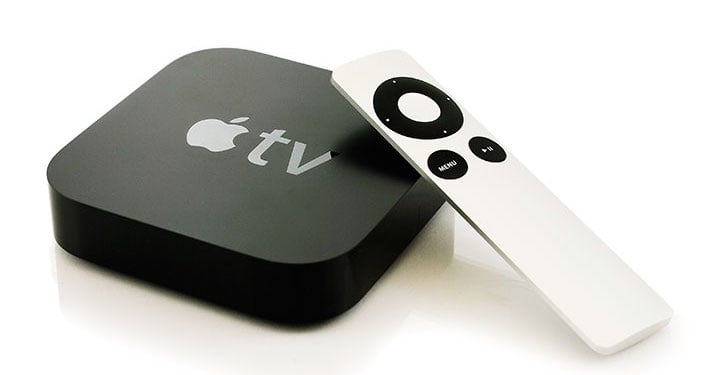 We Already Have an Apple TV

The analysts who kept predicting the imminent arrival of a television from Apple were often losing sight of the fact that we already had an Apple TV. The company’s diminutive set-top box has been meeting consumer demand for new ways to watch television for years, and selling quite a few units in the process. The current model may be getting a bit long in the tooth – it hasn’t been updated since 2012 – but rumors persist that a new version will arrive later this year, bringing with it a host of innovations that include a revamped interface, games, apps, and Siri integration. It is possible that Apple simply took a look at their ambitions in the television space, and saw that the Apple TV has the potential to meet those needs quite adequately. It is also easier to get consumers to upgrade a $99 set-top box every few years than it is to convince them to replace their still functioning – and much more expensive – television sets. Apple likes repeat business, and selling customers a new Apple TV, along with a new Mac, iPhone, and iPad, on occasion has resulted in a solid business model.

We may never know for sure why Apple killed their HDTV project, but the reasons listed above most likely played a role. The company is far from done with dabbling in the television industry however, as in addition to the new Apple TV rumored to ship this fall, there are also indications that we could see a streaming television service too. For now, we’ll have to wait to see what materializes in the weeks ahead, but as with most Apple rumors, where there is smoke, there is often fire.

How the Apple TV is Becoming More Importance for Apple