It was only recently that we heard about Christian Bale possibly playing Steve Jobs  in the movie based on Walter Isaacson’s authorized biography of the late Apple honcho. Alas, things are not meant to be. 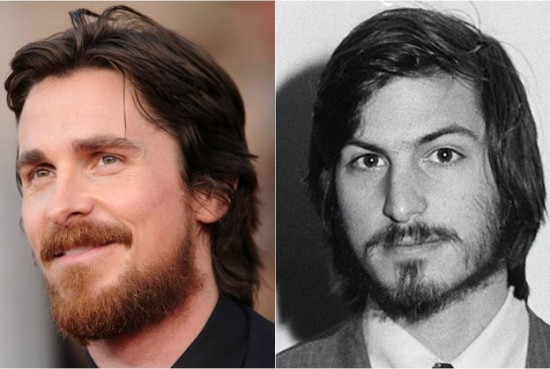 The Hollywood Reporter published an exclusive report that “the actor has fallen off the Jobs biopic that is being directed by Danny Boyle“.

Since Christian Bale has gotten himself out of the picture, who is to play Steve Jobs in the movie now? It doesn’t seem that we’re going to get any information soon, but Leonardo di Caprio was also considered for the role. However, he has committed to another movie, The Revenant.

Bale explains that he had to think really hard about the role and had “conflicting feelings” about it. At the end of it all, he decided to leave the project.

As for Woz’s role, Seth Rogen is already in negotiations, but we don’t know how that will turn out yet.

The movie was supposed to start shooting this winter so that it could be finished quickly, with Aaron Sorkin as the scriptwriter and Scott Rudin, Guymon Casady and Mark Gordon as producers. Reportedly, Sorkin really wanted Christian Bale for the role as he wanted the best actor within an age range.

So what’s going to happen to the movie now that Bale has left at last minute? We have yet to find out.

Who do you think will be a good Steve Jobs for this movie?