And Apple, of course.

Yesterday, T-Mobile held the “Uncarrier” event, wherein they announced the “Test Drive” campaign. In a nutshell, the campaign will allow any customer to test drive an iPhone 5S for a week – without any money involved. That’s a full week – seven days – and not a work week. 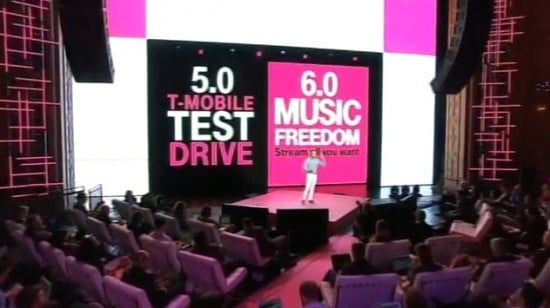 At the end of the test drive period, the user must return the iPhone 5S unit – obviously. Some very important details:

That does make sense, as T-Mobile – and Apple – are basically trusting you with an iPhone 5S for a week with no obligations – except to keep it safe and return it. The idea is to give customers a chance to play with the top-of-the-line Apple iPhone and test T-Mobile’s services.

In line with that, the Test Drive program comes with unlimited data, text, and calls. Of course, that’s only applicable within the United States.

If, at the end of the week, you decide to go with T-Mobile, you will be given a new line and unit.

Does the prospect interest you? Be sure to check out T-Mobile’s deals page next week, when they will start accepting applications for the Test Drive program. Don’t expect the iPhone 5S to be in your hands immediately, though, as T-Mobile says once your application is accepted, you’ll have the phone “a few days later”.

6 Spring Cleaning Tips for your iPhone or iPad