You are here: Home / iPad / 7 iPad Music Apps for Making Music on iOS 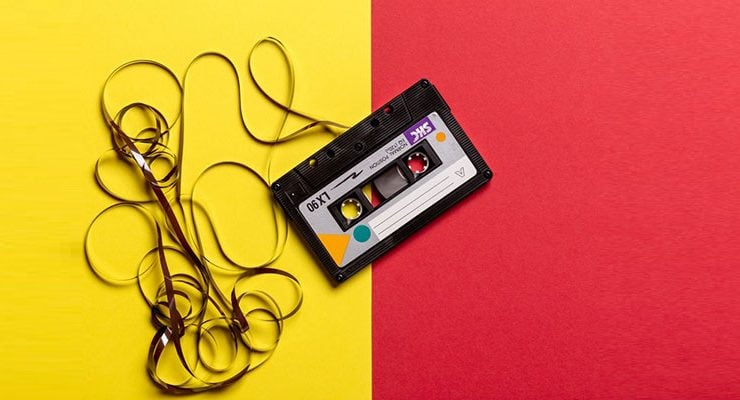 Go beyond Voice Memos with these essential iPad music apps for iOS. We’ve focused especially on apps for the iPad, the most popular iOS device for music-making, but most apps will also run on the iPhone.

Like n-track Studio, Steinberg’s Cubasis  2 is also a digital audio workstation or DAW. If you have an iPad—preferably, one of the roomy models, like the iPad Pro—you’ll find the desktop-style interface usable. The price might choke you, but it’s worth it.

This application—”app” can’t contain its complexity—is made for professionals, by professionals. It’s a desktop-scale program that the developers diligently translated to iOS, using every trick in the book to get around a small screen,  limited audio controls, and hardware processing limitations.

It’s not software you can learn to use quickly, but it is remarkably complete, flying the banner of “fully featured” proudly and accurately. Only the most obscure features are left out, and only the most niche of audio producers will miss them. But be prepared to digest a complex user interface before you can start getting some work done.

For aspiring DJs and electronic music producers, this app is essential. UVI’s BeatHawk helps you channel your inner Skrillex, with an interface based on beat sequencers and MIDI style piano roll “step editing”. The tap pad, sometimes called a “chaos pad” when seen as hardware, maps various beats to buttons which can be played in the manner of a sound effects piano. You can download UVI sound packs or record and edit your own sample sounds, so you can finally make a sick track with all the noises your Nissan Altima makes. It’s the best of the bunch when it comes to “beat-making” apps, a broad category that runs the gamut from professional music software and exploitative mobile games designed to siphon pocket change from poor little children.

Routing audio might not be sexy, but it’s a must-have feature of any music recording platform. Audiobus unlocks the ability of iOS devices to route audio from various inputs to outputs. Send audio between apps with custom-built routines, providing total freedom for piping audio around your device.

If you’re a musician, you’re well-acquainted with one of the central facts of musical life: your best ideas happen when you’re not paying attention. That’s why a quick-draw music notation app is so important to everyone. There are two ways to go about this: record audio of the idea, or write it down. If you prefer recording audio, then humble Voice Memos is actually your best bet.

If you’d rather write down your ideas, check out Song Memos. The best features include the specialty keyboard just for writing chords and the software playback sounds half decent, instead of like the sound of effects from a LucasArts adventure game played from a hundred yards away in an echoing hallway.

Tuner apps on iOS are plentiful, but Tunable is our favorite. It has a clever UI that provides visual indicators for how far out of tune you are and draws a line graph of the pitch as it changes to help you target in. The app can also produce pure tones of any frequency if you’d rather tune by matching sounds. It even supports different tuning temperaments, like Pythagorean and well-tempering. And it’s well worth the price tag to not be hounded by pop-up ads during band practice.

Auxy is an app designed to simplify the process of creating music. What makes it even better is that anyone can download it for free and enjoy its features without having to spend a lot. It features a piano roll editor that allows users to loop melodies and bass lines. After creating your music, you can share your masterpiece to SoundCloud or even export it to your desktop DAW.

Just because Figure doesn’t have it all doesn’t mean that it would help you reach your musical potential. If anything, having certain limitations might just be the key to push you to be more creative. With Figure, you get several instruments for each element and combine the notes you make. With only one bass synth, one lead synth, and one drum machine, you can still make beautiful music.

Producing music using your iPad just got a lot easier with IMPC Pro 2. Even professionals can use this app and create music with this. In addition, you also get sample packs to inspire you in making more. This software also utilizes your iPad’s built-in mic and edits your own music samples. Recordit, chop it, add more beats to it — iMPC Pro 2 can help you make your best music yet.

KORG iKaossilator is quite similar to Figure where features are simple but extremely useful in music production. However, what makes this one exceptional is its XY touchpad feature, which enables users to play with the app’s 150 built-in notes. Toggle with five channels of sounds and mix and match to create magnificent music. With KORG iKaossilator, it’s not just about performance but creativity as well.