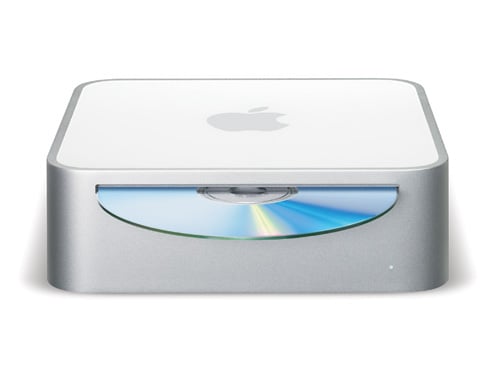 Today Apple updated the Mac Mini, Mac Pro, iMac, Airport Extreme, and Time Capsule. There are no real cosmetic changes, but everything is a little greener, and a little more powerful. It’s the most publicity the Mac Mini has received from Apple in a LONG time…

AppleÂ® today announced updates to its iMacÂ® and MacÂ® mini desktop lines, including a 24-inch iMac that is priced more affordably than ever before and a Mac mini with powerful new integrated graphics. For the same $1,499 price as the previous generation 20-inch iMac, the new 24-inch iMac delivers a 30 percent larger display, twice the memory and twice the storage. Delivering up to five times better graphics performance, the updated Mac mini now features the same groundbreaking NVIDIA GeForce 9400M integrated graphics introduced with the aluminum unibody MacBookÂ® family.* The Mac mini is the world’s most energy efficient desktop, drawing less than 13 watts of power when idle.** All iMac and Mac mini systems come with Mac OSÂ® X LeopardÂ®, the world’s most advanced operating system, and iLifeÂ® ’09, Apple’s unparalleled suite of consumer applications for managing and organizing photos, making movies and creating and learning to play music.

“Our flagship 24-inch iMac with twice the memory and twice the storage is now available for just $1,499,” said Tim Cook, Apple’s COO. “The Mac mini is not only our most affordable Mac, it’s also the world’s most energy efficient desktop computer.”

Starting at $599, the Mac mini is an innovative, tiny desktop measuring only 6.5 by 6.5 by 2-inches. Available in two models, Mac mini features a 2 GHz Intel Core 2 Duo processor, up to 4GB of DDR3 1066 MHz memory, up to 320GB Serial ATA hard drive, five USB 2.0 ports, FireWire 800 and a SuperDriveÂ®. The Mac mini features NVIDIA GeForce 9400M integrated graphics for up to five times better graphics performance than before* and now with dual display support can drive two Apple or third-party displays with Mini DisplayPort or DVI connections. Using less than 13 watts of power at idle, up to 10 times less power than a typical desktop PC, the new Mac mini is the most energy efficient desktop in the world.**

Every Mac comes with Apple’s innovative iLife ’09 suite of applications for managing photos, making movies and creating and learning to play music. iLife ’09 features iPhotoÂ®, which introduces Faces and Places as breakthrough new ways to easily organize and manage your photos; iMovieÂ® with powerful easy-to-use new features such as Precision Editor, video stabilization and advanced drag and drop; and GarageBandÂ® which introduces a whole new way to help you learn to play piano and guitar. Every Mac also includes Leopard, the world’s most advanced operating system which features Time Machineâ„¢, an effortless way to automatically back up everything on a Mac; a redesigned Finderâ„¢ that lets users quickly browse and share files between multiple Macs; Quick Look, the best way to instantly see files without opening an application; SpacesÂ®, an intuitive feature used to create groups of applications and instantly switch between them; Mail with easy setup and elegant, personalized stationery; and iChatÂ®, the most advanced video chat.

Apple also announced that its popular AirPort Extreme 802.11n Wi-Fi Base Station and Time CapsuleÂ® now feature simultaneous 2.4 GHz and 5 GHz dual-band networking for optimal performance, range and compatibility. An innovative Guest Network feature allows setting up a secondary network for friends and visitors with Internet-only access so you don’t have to hand out your WiFi password. Time Capsule combines an 802.11n router and server-grade hard disk for automatic wireless back-up with Time Machine, and is immediately available in two models: a 500GB model for $299 and a 1TB model for $499. The AirPort Extreme Base Station is also available immediately for a suggested retail price of $179.****