by Alex Thomas 6 years ago5 months ago
1

There are two simple reasons that so many artists are choosing to use Apple products to make their music; there are a lot of programs for making music on a mac and they are generally better than those offered on other platforms. There are also a lot of programs that DJs are choosing to use to master their mixes and play live shows. That’s why if you’re at an EDM concert or just at your local nightclub, you’ll almost always see the Apple emblem glowing somewhere within the DJ booth. The programs available range from incredibly simple to extremely technical so there’s something for everybody.

Making Music on a Mac

GarageBand is the go-to program if you don’t have much experience with making music on the computer. But since it comes with the Mac and is pretty easy to use/self-explanatory, I’d like to highlight a few other other programs that you might have heard of but haven’t fully explored yet. If you’ve graduated from GarageBand then you’re going to want to download Logic, which is pretty much the professional version of the app and while it’s one of (if not the) best program for making and producing music on a Mac, I haven’t included it in the list since it’s not a third-party app. 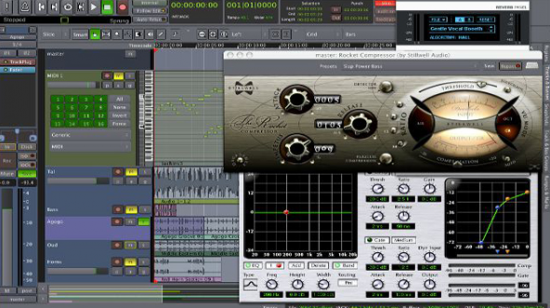 Ardour is a program that is similar to most of the other programs that you’re going to find available for Macs but it’s not quite all the way there. It’s a little bit less user-friendly than some of the others but the plugins that are available are decent. Ardour’s price tag is the advantage that this program has over the others, while you are going to shell out hundreds of dollars for the other guys, Ardour only charges a monthly fee of $10. So even if you have it for a few months and you absolutely hate it, you can just drop it.

Qtractor might not be as pretty as some of the other programs and might not have all the bells and whistles but it’s cheap, easy to use and fun to toy around with. If you decide that you want to get complicated
there are a few little tricks like an advanced automation interface that you can try out.

FL Studio is one that I used to not be that into because I only had the demo and I didn’t think that it had everything that I wanted in a music program. I was wrong. FL Studio is one of the heavy hitters, this is what Avicii, Martin Garrix, Skrillex and the other guys are using. The cheapest version (the one I have) is only $99 so you’re not going to break the bank. If you’re really hungry for plugins then you can spend a bit more money for the more advanced ones but even with the basic Fruity Loops, it’s hard to get bored. 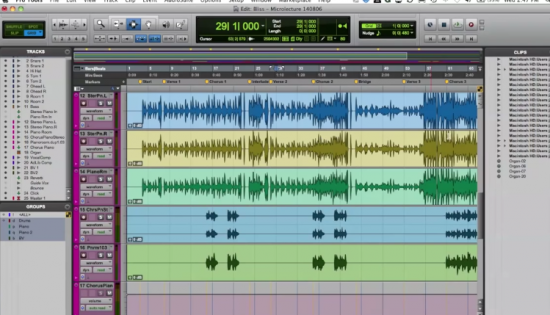 ProTools is the holy grail of music production, it’s the program that the guys who mastered and produced the tracks by your favorite bands used. And I mean everybody, from U2 to Kanye West. It’s obviously a lot more expensive than almost all of the other ones but it’s worth the money if you’re serious about your music.

DJing on a Mac

DJing programs are almost all the same, the big dog in the game (and the one used by 99% of live DJs) is Serato. However, there are a few other programs that pack a punch and are worth the download.

Mixx is fun, easy to use and free. If you’re just getting in to DJing and you don’t want to blow a grand on hardware then this is a program that’s still wildly affordable. It links right up to your iTunes so that you don’t have to have another set of files to store your music. That might not sound like a big deal but I actually had to carry around an external hard drive to gigs when I was using another program.

Ableton is an app that I never really got into because it’s tough to use but if you get good at it then it’s wildly fun. If you’ve been DJing for a while with a program like Serato or Virtual DJ, even if you have an incredible controller, you’re probably going to get bored. Ableton will get you out of that rut. I started using it when I discovered that with a little work I can hijack my old GuitarHero drumset and guitar and use them in live shows. I tried it first at a small party, setting loops for each button then used it at a “rave” where I was able to be on the dancefloor and sampling from the guitar while still technically DJing, it was a blast. 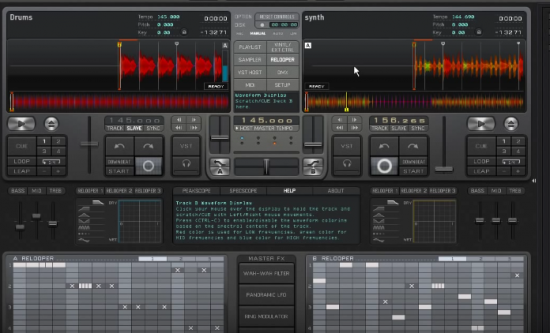 Deckadance is the go to if you’ve got a drum pad that you’re dying to bring into your sets or if you’re just really into grid mapping. I use this a little bit, not as much as I’d like to be a little bit more innovative. It’s not as open as Ableton but it’s worth a few minutes of your time to play with.

Is This The Most Ridiculous Way to Use an Old iPhone?