How to Create an iOS App

According to Apple’s most current estimates, there are over 20 million registered developers on iOS, albeit they are not “active” developers. More reasonable estimates have the number of active Objective-C developers at 1.6 million and Swift developers at 2.1 million, the two leading languages for iOS development. Is there space in the market for additional iOS developers? Definitely! Mobile development is one of the top business sectors with a potential talent shortage.

How to Create an iOS App

The next stage is to design an iOS mobile app based on a concept. While learning how to become an iOS developer is one possibility, there are three more ways to create an iOS app:

Using no-code app builders like AppyPie may get a concept into the Apple Store fast, even for non-programmers, but the outcomes are generally subpar.

2. Develop Your Knowledge of iOS

If you want to construct an iOS app on your own or learn how to design iOS applications to become a competitive software developer, it might take weeks or months to become skilled enough to start an app.

In a competitive market, having an app developed rapidly might make the difference between success and failure. Sometimes hiring out is the best choice for how to build an iOS app: either a mobile app development firm (team of skilled developers and UX agency services), and especially experienced iOS app developers, or a freelancer (solo developer). To fulfill corporate objectives, a team frequently brings better knowledge, flexibility, and dependability. You can find experienced iOS developers by following this link: https://relevant.software/ios-development-services/.

How To Create An iOS App

To make your app concept a reality, follow these five steps.

The first stage in developing iOS mobile apps is to do research and analysis:

To be effective when it has been completely designed, an app must first and foremost adhere to Apple’s criteria.

Apple has high requirements, and your developers must go through five important steps and check for regulations relevant to:

Your iOS app development company’s design team will step in at this point to make your ideas a reality.

They will concentrate on three important points:

Your iOS app developers will accomplish the following throughout the development stage: 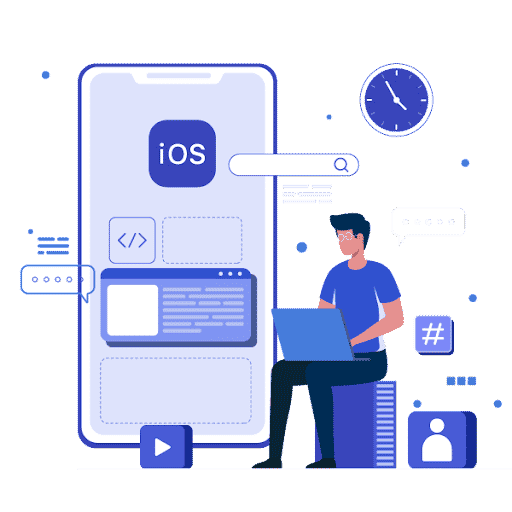 Following the completion of the technical app development phase, the next step is to do Quality Assurance (QA) testing.

This is a critical step that ensures the program is completely functioning and free of bugs and issues.

It’s a lot of fun and satisfaction to develop your app concept. The steady path of developing, learning, and refining is what makes anything worthwhile, not simply the outcome. In the process, you will gain a unique, marketable talent in iOS programming.