LeBron James was certainly under the scrutiny of basketball fans last night as his team struggled against the unstoppable San Antonio Spurs team. He had a very promising start and was very upbeat, telling his teammates to follow his lead. Well, we saw how that went for them. 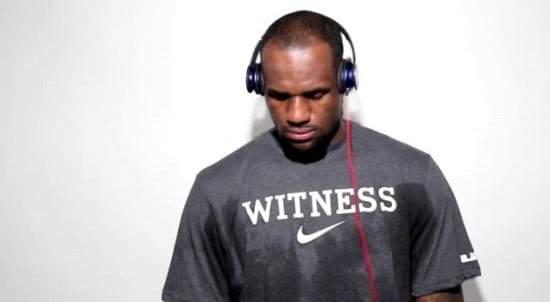 While he might be lamenting over this devastating loss on the court, lucrative things have been brewing for him in other ways.

Maybe that’s why he didn’t seem that hungry on the court during this year’s NBA Finals! Maybe he was so distracted by the fact that the Apple and Beats deal has been finalized and that he is $30 million richer. Superstar millionaire he may be, but that still is not an amount you can ignore!

ESPN reported that even back when the Heat were still playing the Pacers in the Eastern Conference Finals, LeBron was already “fixing” things on the business side:

James was leading the Heat to a victory over the Indiana Pacers in the Eastern Conference finals, sources say the 29-year-old was finalizing what is believed to be the biggest equity cash payout for a professional athlete in history as part of Apple’s recent $3 billion purchase of Beats Electronics. Sources briefed on the situation say James realized a profit of more than $30 million in cash and stock in the Beats sale after he had struck a deal to get a small stake in the company at its inception in 2008 in exchange for promoting its high-end headphones.

If this amount is true, then LeBron would have profited $11 million more than he gets paid in the NBA. Just because he had a small amount of equity for promoting headphones!