by Noemi 7 years ago3 months ago
1

The use of Apple devices to create astounding art is not a new thing anymore, but when you hear about established artists holding exhibits featuring such works of art, you can’t help but get curious.

Such is the case with iPad art by David Hockney, which is being displayed at an exhibit in Saltaire, West Yorkshire. 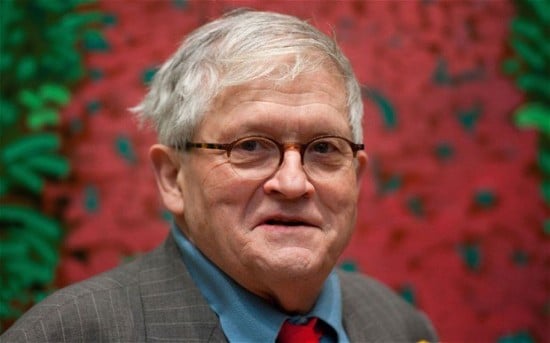 David Hockney is an English painter – among other things. He is also a draughtsman, printmaker, stage designer and photographer; and it seems that he embraces technology with arms wide open.

In his new exhibit titled “The Arrival of Spring”, Hockney showcases 33 pictures which were all drawn on his iPad. You might be thinking, “What’s the big deal? Anyone can draw pictures on the iPad these days.”

Well, for starters, from what we’ve seen, the pictures are amazing. Oh, and they’re not iPad-sized. The pictures are five-foot high. That doesn’t seem so easy now, does it?

These 33 pictures, to be joined by 16 others later this year, each depict a specific day between January 1 and May 31, 2011. Hockney regards the pictures as part of a single work, each of which encapsulates a moment in time between the changing seasons in East Yorkshire.

This juxtaposition of art and technology is something to behold, and one can only wish to be able to see the pictures in real life.

See some of the pictures here.