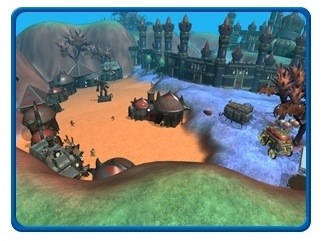 Electronic Arts has announced “Spore: Galactic Adventures”, a new customizable expansion pack for the recently released game. Players can choose from a variety of adventures all of which have been created by the team at Maxis.

The expansion pack is designed to add more depth and variety to the space portion of the game. For the first time, the adventure creator will allow users to build and share missions based on personalized planets.

EA has not announced a formal release date for the expansion pack just yet – but they are happy to take your money if you’re interested in getting it at some point in the future.

You can pre-order it now right here.