You are here: Home / News / Bono Hits Out at Apple for Not Doing Enough for RED 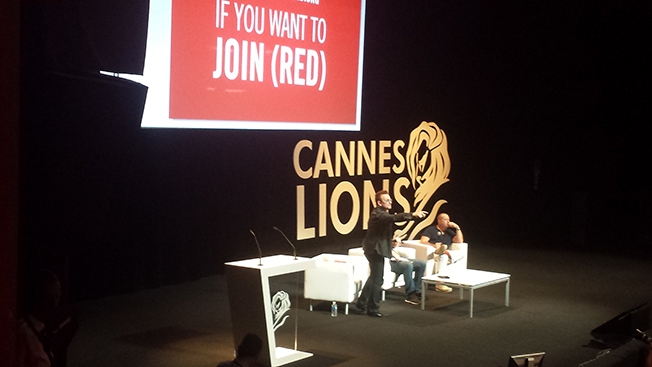 Bono recently was at Cannes Lions, where he hit out at Apple for “not doing enough” to promote their partnership; that is, Apple and Bono’s non-profit initiative RED. Marketers from all over the world were probably excited to see the U2 frontman, but they also got a mouthful from Bono, who spoke out emphatically about seeking support for RED. “One of the reasons it’s such a credit to have Jony Ive on the stage is because Apple is so fucking annoyingly quiet about the fact they’ve raised $75 million. Nobody knows!”

It’s not really about Apple not doing anything – they do have a long-standing agreement after all, but Bono says that the company has held back in its involvement, starting when Steve Jobs refused to use RED’s signature parentheses on anything Apple. Of course we all know about the falling out between those two…

It seems that Bono really isn’t happy with how much Apple is helping RED, as he went as far as to show how the official (Red) iPad cover doesn’t have any visible branding at all. He spoke directly to Jony Ive, asking: “Where’s the (Red) branding? Nobody can see that. This is modesty run amok. This is the Apple way. They’re like a religious cult.”

“We started in 2006 with one (Red) product, a Nano, and now we’ve got well over half a dozen. It’s been really, really special for us.”

Disclaimer: I am a huge U2 (and Bono) fan, but reports about his big push at Cannes Lions is worrisome. Of course, many marketers jumped at the chance to pitch to the guy, and some of them might have walked away with a cookie or two even.

What do you think about Bono’s beef with Apple not promoting RED enough?

Images via The Verge and AdWeek