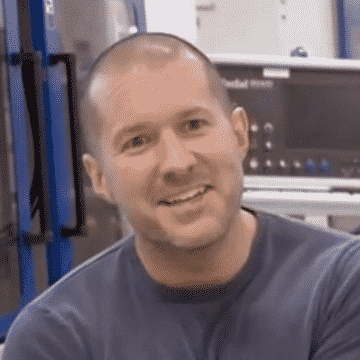 Jonathan “Jony” Ive is Apple’s head designer. He heads up the Industrial Design Group at Apple headquarters, and he’s credited with all of Apple’s most beautiful, most intuitive hardware designs. He has more than 600 patents to his name, and is widely regarded as the most influential technology designer of the last decade.

The footage above is a clip from the documentary film Objectified, from 2009, which is about the human relationship with designed and manufactured products, and the people who make them. Ive appears in a five-minute segment, where he discusses Apple’s design philosophy and some details about the “unibody” metal process used to make the MacBook Air. It’s fascinating viewing, and a must-see for anyone who’s ever been the least bit curious about how Apple makes its products.

I can’t imagine how director Gary Hustwit, who produced and shot Objectified, convinced Apple to let him film in the legendary, ultra-secretive Design Lab, since no one has ever videoed there before (or since).