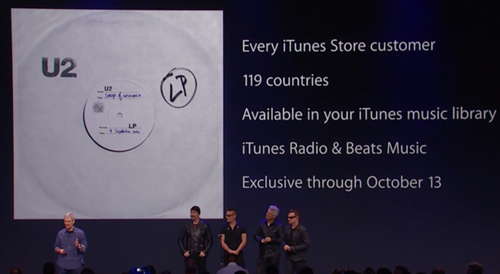 Sure, there were some pretty big announcements at Apple’s big event on Tuesday, and we’re all excited about getting our hands on a bigger iPhone and the Apple Watch, but there was still “One More Thing” that came after the band U2 played to close out the show that doesn’t feel quite right.

Tim Cook told everyone that all iPhone owners were getting U2’s new album, Songs of Innocence, for free. Most of us are familiar with getting free music and the process around it. You get a card or code, enter it into iTunes, and your new music downloads. This free album was very, very different however. As it turns out, Apple didn’t just give everyone the album, but they added U2’s latest music to everyone’s music library automatically.

Apple did this to achieve a world record for the largest album release of all time, but the stunt feels more big brother-ish than record-worthy. Every iOS and iTunes user woke up yesterday with the new U2 album either in their music library or worse yet, automatically downloaded. If you had your devices set to automatically download new music then you have a surprise waiting in your iPhone, iPad, or iTunes. Open your music app or iTunes on the desktop and go to artists and scroll to the bottom. Here, you’ll find a new entry tor U2, whether you want it or not. 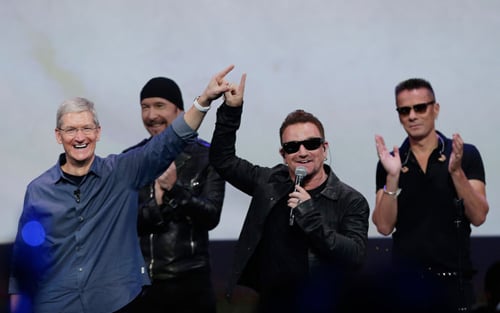 So why is this such a big deal? Free music is great no matter what, right? On the surface any music you can legally get and not pay for seems like a great idea, but once you look below the surface you’ll see why some people aren’t happy with Apple or U2.

To begin with, not everyone loves U2 as much as Tim Cook does, so it’s understandable they don’t want their music automatically added to their libraries. Many people take pride in the collection of music they’ve built over the years, and adding an album they don’t want as Apple just did is akin to taking a record that someone hates and super-gluing it into their record collection. Now anyone that looks there will see it, even if it has no place being there.

Second, there are quite a few people that are near the end of their storage capacity on their devices, and if they had automatic downloads turned on, got even more of that space taken away. If you didn’t specifically look for it, you might miss the album and just notice the space it takes up gone. Instead of having that space for pictures or apps, it’s now filled with an album you don’t want. 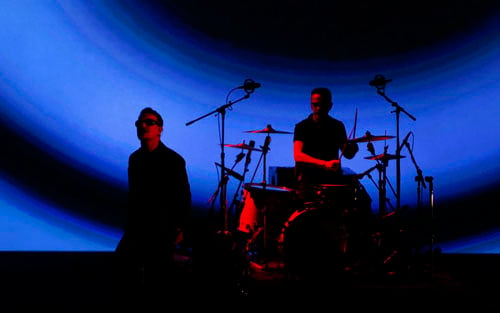 It’s kind of scary knowing that Apple can just add media to your phone like this without your consent, especially since you can’t truly get rid of it. Sure, you can open your music app or iTunes and delete the files from your device, but they’ll live on forever in the cloud. They used a tool that’s meant to help us sync our media files (that we bought from them, surprisingly enough) across devices for their own purposes, which isn’t cool.

Apple needs to realize that our devices aren’t theirs to play with any more. We’re not leasing them, we bought them. If Apple wants to give us something, ask us first, don’t just shove it in and expect everyone to love it.

Apple wanted this to be a huge PR stunt that would live on like Beyonce’s album release did, but instead it’ll live on with a far more bitter taste in our mouths.

Want to get rid of the album from your device? Click the link to see how.