U2 Playing at Today’s Event

Woohoo! Obviously, I am a big U2 fan, and truth be told, my very first iPod was the U2 special edition with the band members’ signatures engraved in the back. That was unfortunately stolen, but my enthusiasm for Bono and the rest of the gang has not waned one bit.

So every Apple enthusiast is probably planning their day around the Apple event that’s going to happen today. You’ve probably read all there is to read about what to expect at today’s event, but just in case you want another go at it, here’s good coverage by Ars Technica.

The New York Times says that the band is going to be performing later today. That in itself is awesome news for U2 fans who will be watching the event no matter which way.

But wait, there is more!

According to The New York Times report, more taking the stage to show off their much-adored musical prowess, U2 is going to “play a significant part”:

In addition to performing, the band will reveal an integration with Apple’s products that is connected to its next album, which is expected to come out by the end of the year, according to these people, who spoke anonymously because the band’s appearance — and its deal with Apple — is supposed to be a surprise. 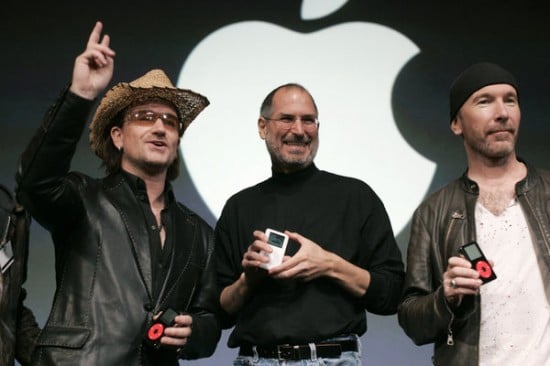 While the band and/or its representations have declined to make comments, The New York Times would hardly report something that has no basis at all. Plus, we already know that U2 has had a long history with Apple, although Bono and Steve Jobs had a falling out at some timem.

Now, with Tim Cook at the helm and making quite some changes, it is really not surprising that U2 and Apple are coming back together – somehow.

What do you think U2’s supposedly huge role will be?

More speculations about the event:

3 Reasons Why the iWatch Will Never Happen