Remembering so many different passwords is such a pain, and that is why a lot of people just use one password or similar passwords – so they won’t forget. But we all know that that practice is a huge no-no. Knowing and doing – those two are totally different creatures, though. 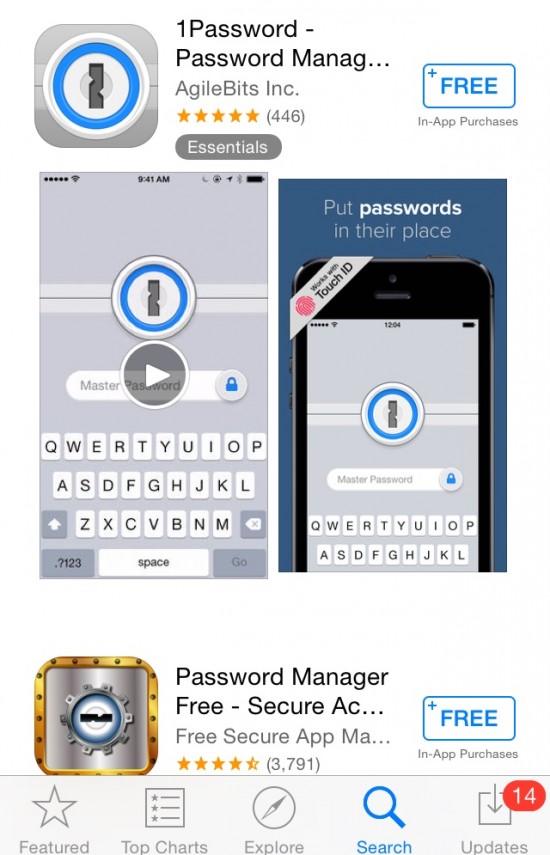 You might already be using 1Password for all I know, but here’s the good news – alongside the fact that iOS 8 is finally here, albeit with HealthKit messing up: 1Password is free for iOS!

It used to be that the app cost $10 (you must feel rather bad if you paid that, huh). The reason behind this? It’s not too clear, but according to BGR:

Agile Bits said on Twitter in a now-deleted tweet that it didn’t make the app free ahead of iOS 8’s arrival, apparently blaming it on an Apple mistake. Apple might have released an updated version of 1Password a bit earlier than expected, and the updated app might indeed be available free of charge was one speculation offered.

Additionally, Agile Bits has acknowledged that 1Password 5 will be available as a free download for all iPhone and iPad users, with a one-time in-app purchase unlocking pro features.

In any case, get 1Password now if you don’t have it yet.