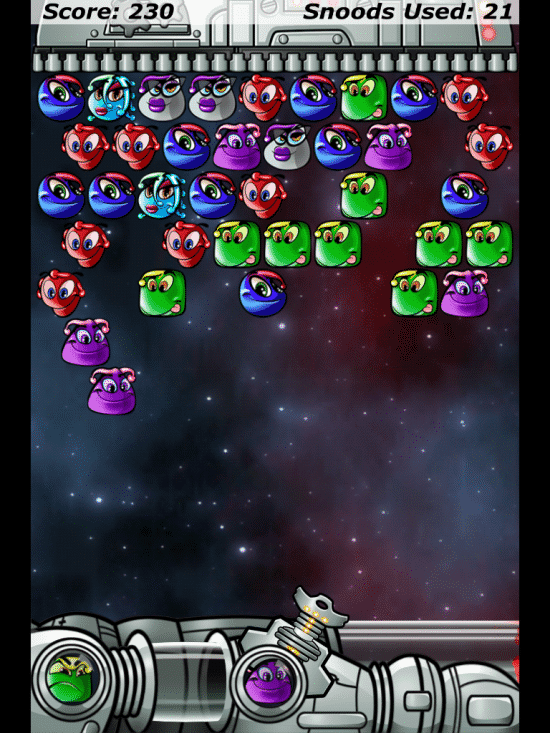 EA didn’t try to reinvent the wheel when they ported perennial arcade classic Snood to the iPad. But what they came up with radically alters the gameplay — in a surprisingly good way — nonetheless.

You know Snood. You don’t need me to tell you what it is. Everybody knows that it’s one of those “easy to play, difficult to master” puzzle games that’s all about precision aiming. You shoot little ball-shaped characters (called “Snoods”) at descending rows of other Snoods, matching the Snoods by color to eliminate them, match-3 style. Super easy to understand, but very challenging as you progress through the increasingly difficult levels. 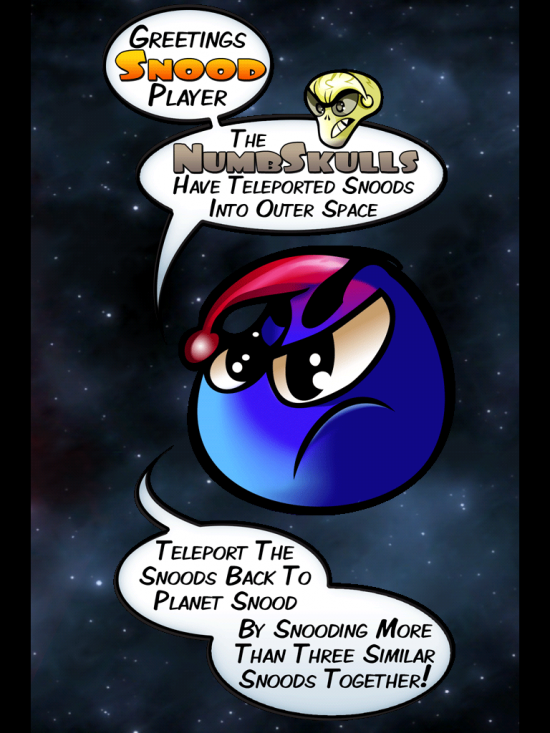 The more you play it, the better you get at it.Â There’s no magic secret to being successful at Snood. At least, there wasn’t until it hit the iPad.Â This is the sameÂ Snood you know and love, but with one crucial twist: the size of the iPad’s screen.

Thanks to the increased real estate the iPad offers, the game board is effectively magnified. So every tricky little spot you’re aiming for is a heck of a lot easier to see and get a feel for. It’s kind of like reading a large-print book: the text may not be any harder to understand, but there’s no chance you’re going to misread it. 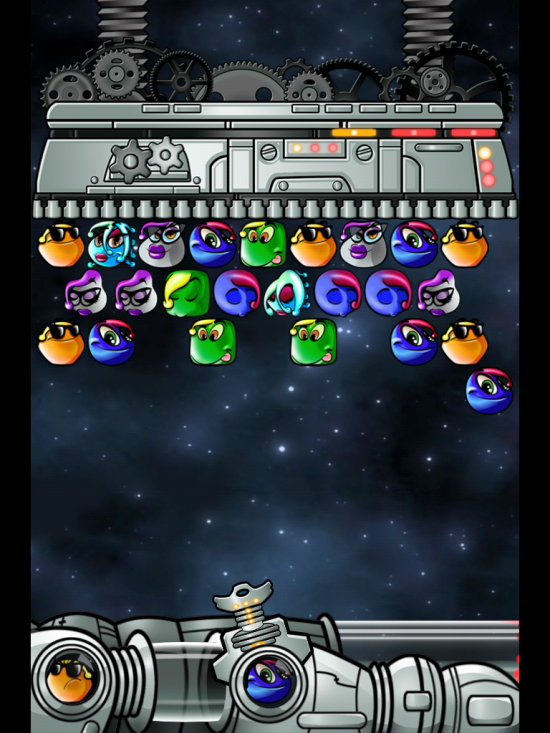 But this change goes even deeper. We’ve always had two options for swiveling the shooter at the bottom of the screen: grab the barrel and move it back and forth, or touch the spot on the game board above where you want the barrel to be aimed. This latter mode of play is made significantly better and frankly more satisfying in the iPad version, because all you have to do is tap the exact spot on the screen where you want your Snood to land — and it lands there. Every time, without fail.

You might think that reducing the chance of making a mistake would dumb-down the game, or just make it less fun to play. I actually found the opposite to be true. Knowing that whenever I tap the shooter, my aim will land true, increased my level of confidence with the game, making it a far more enjoyable experience. And the game is in no way easier for this; it’s still every bit as challenging as ever, thanks to some stellar level designs. 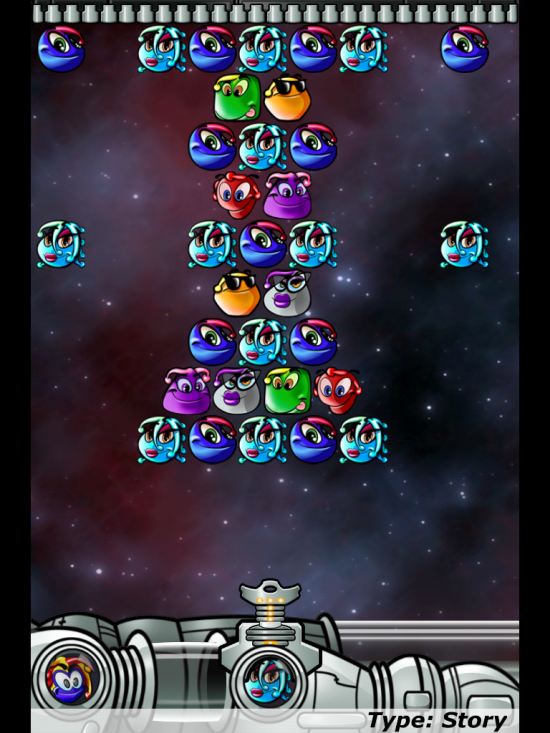 Snood for iPad offers several variations on the standard gameplay. There’s the classic mode, which plays just the way you remember, but there’s also a timed mode that forces you to work and think faster, as well as Story and Puzzle modes, which take you through guided quests to defeat for creative levels that get progressively harder as you go. There are five difficulty levels, two types of Snoods to use as you play — classic or new Snoods, created just for devices like the iPad — and Facebook connectivity. The graphics are also an improvement over previous versions, taking full advantage of the iPad’s processing power.

In short, whether you love Snood or you’ve never played it before, there’s no reason not to add it to your game collection. It’s by far the best version of the game ever.