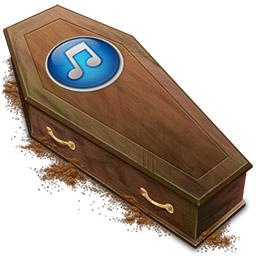 iTunes is one of those applications that love it or hate it, many people can’t live without it in some way. What was once just a simple “jukebox application” has grown to become a megalithic, bloated program that, if you like iOS devices like the new iPhone 5C and iPhone 5S, you’re required to use.

The time for iTunes to divide itself off is now. The program that once just played and organized music is now the application that handles music, movies, TV shows, books, home movies, iOS apps, and anything else that is media-related. Enough is enough. It’s time to allow iTunes   to do what it does best and make new applications to do the rest.

iTunes began its life all the way back in 2001 as software to replace pricey offerings by companies like SoundJam. Apple did what it does best and made an expensive piece of software free and part of the Mac software package. In late 2001, however, Apple added the ability to sync the brand-new iPod to iTunes with iTunes v. 2.

This was the beginning of the bloat. In April of 2003 the Music Store was added. With a million tracks sold in the first week of the store being open, this was obviously a great idea. The only down side here is that the jukebox software now handled iPod syncing, music playback and organization, and now purchasing of new music. 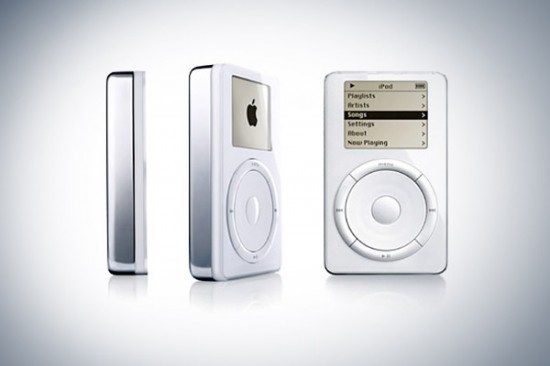 iTunes 6, which was rolled out in October of 2005 added the ability to buy TV shows. This helped to drive iTunes as an all-in-one media center. While earlier versions could handle video, this shows the focus on adding more and more features.

iTunes 7 in 2006 added movie downloads and totally redesigned the iTunes interface. This update took iTunes totally away from its roots and started to set it on the way to bloat. The biggest change here is the inclusion of the first iPhone to be able to sync with iTunes.

In September of 2008, iTunes 8 was released and added Genius. This helped give playlists based on specific songs or artists. The interface stayed mostly the same with some improvements to match the updates to OSX.

Past iTunes 8 there have been interface updates and new features like the ill-dated iTunes Ping in 2010, where Apple attempted to make iTunes into a social media tool. All in all, too many features have been added to a single program.

I know that a lot of people will disagree with this opinion, but think about it in terms of iPhoto. If you use an iPhone or iPad, you know that pictures are managed outside of iTunes in a program called iPhoto. Here, images are organized for syncing back to the iPhone

What’s to stop Apple from having a new application, let’s call it iVideo, sync all TV shows and movies to devices? How about the App store on the Mac actually handling all the apps for iOS devices? Why can’t iTunes do what it does best and just play and organize music?

What’s more, Apple actually even used to have an application that was created solely for syncing devices, iSync. As of OSX 10.6 iSync was no longer included with the Mac. This would have been perfect for handling the syncing of iOS devices and iPods, grabbing data from all those specific programs; everything neat and organized in a media-specific application.

I already sort of stated this, but the solution for the iTunes bloat is a hub and spoke method like iPhoto uses. Separate application spokes for each type of media all syncing to iPods and iOS devices via a hub-syncing program.

iTunes is great at a few things. Organizing music, playlists, and even Genius all work beautifully together in iTunes. It’s when you add in device syncing, multiple media types management, and all the other heavy lifting that iTunes has to do that it becomes slow and difficult to use.

There’s a reason that Microsoft Office and Apple’s office apps like Pages, Numbers, and Keynote are separate apps and not just a single application called “iOffice,” and that’s because each performs a single task.

The way for iTunes to be reborn is to give it the power to do what it does best, and leave the rest to other applications. 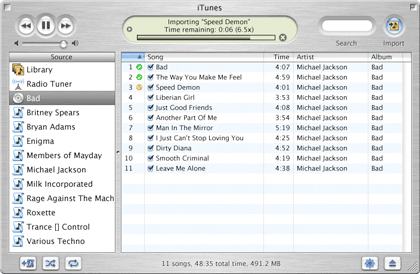 The reasoning for Apple not doing the hub and spoke method is pretty clear, and it has less to do with simplicity and everything to do with the iTunes store. Out of all the media you can place on your iPhone, there’s only one that you can’t buy in the iTunes store, and that would be pictures.

This is ideally why they are allowed out of the walled garden into iPhoto and everything else is tied so closely to the store. The easier it is to purchase songs, movies, and apps, the more that will get sold. It’s sad that iTunes is left holding the bag and irritating as many people as it does, since it could indeed be a great program, allowed to live as its predecessor is buried, just like the French kings that helped coin the phrase “The king is dead, long live the king!”