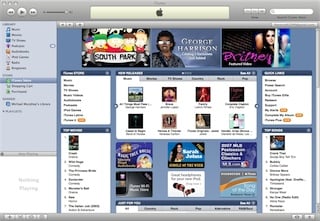 So it’s possible that some of you Canadian readers woke up with a surprise in your iTunes this morning (I don’t know for sure – since I’m not in Canada – fill us in in the comments). Reports are coming in that Apple will be adding a small number of television shows to the Canadian iTunes store as early as today.

A handful of shows from the CBC, CTV, and a few US Networks will be available at launch (which could be official Wed if all goes well). At most it could take a few weeks to get everything rolling properly to have an official launch.

It looks like the NHL will be making its way to iTunes shortly too – so both US and Canadian hockey fans have that to look forward to in the very near future.

You know, at this point, I’ve almost forgotten about the iTunes video store, and I’m wondering if a small handful of shows is going to be enough to interest Canadian viewers this late in the iTune TV game.