You are here: Home / Feature / Features You May or May Not Miss in iTunes 11

For some, it seems like the wait for iTunes 11 took forever. Even though it was “only” one month late.

Apple’s reason for the delay? They wanted to “get it right”.

When iTunes 11 was finally released on the 29th of November, we finally saw the chance to see whether Apple did get it right with the new version. It has not been long since the release, but enthusiasts have played with the music player a lot already; and from what we can read from the pundits, iTunes 11 is better and faster than ever.

Opinions will differ, of course, and I think it is rather pointless to delve into that at this point. You either like it or you don’t.

I would like to look at the matter of features that have been dropped in iTunes 11, though. I don’t know about you, but I had no serious issues with iTunes 10. Maybe that’s why I was not too bothered with iTunes 11 being late. In any case, in the move to make iTunes bigger and better, the team deigned it necessary to leave out some features which were present in the previous version.

Whether or not it’s a good idea, you decide for yourself. 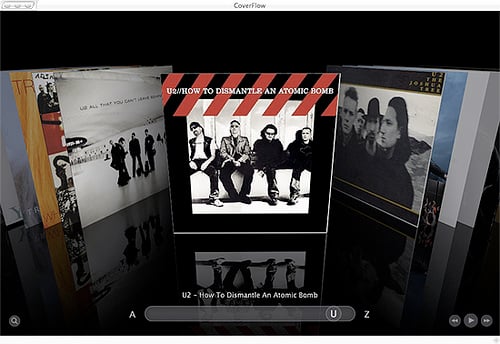 Call it shallow, but the first time I laid my eyes on iTunes, I fell for the aesthetics – hook, line, and sinker. Back then, I was still on Windows, and never mind that it was slow and clunky. I loved how it looked!

When they introduced Cover Flow in iTunes 7, I – again – fell for it. I am sure it has some practical function, but it’s worth a lot even if for eye candy alone.

And they dropped it from iTunes 11. There’s a bit of good news: iPhones and iPods still have Cover Flow.

For those who are too lazy to create specific playlists, or those who want to be surprised by what plays next, iTunes DJ is – or was – an awesome feature. It enabled users to create a playlist that can go on and on and on without much effort. Perfect for a last-minute party.

Additionally, for those parties, if you had friends over with iDevices, there is the possibility of requesting songs and voting.

I’ve always been ambivalent about multi-tasking. On the one hand, it does seem that I get to do more things when I multi-task. On the other hand, it can be tiring, distracting, and the results may not be as good. When it came to iTunes, though, the ability to multi-task to by opening new windows was very much welcome.

It is not that surprising that iTunes 11 does not have this feature, though. Think of the iPad. Not exactly your ideal multi-tasking machine, is it?

A Couple of Mini Player Features

The Mini Player is very handy, especially if you lean towards minimalism. The new Mini Player does look cool, I have to say that, and it has additional features such as being able to search and show album art. On the other hand, I do miss the volume slider. Sometimes, you need really quick access to that! The song progress indicator is also missing.

Do you miss these features in iTunes 11? Are there other features that you are missing? Share them with us!