What do you think of the new iPod Shuffle? 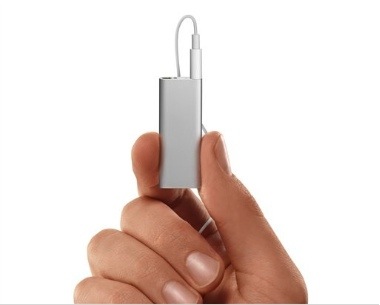 The new iPod shuffle has been taking a beating online from a lot of people. Why? Well – mainly because its destined for the list of Apple’s dumbest products of all time. 🙂

But seriously, the new iPod shuffle looks more like a gadget that someone would fake while mocking Apple than something that I would have actually expected Apple to release.

Some Apple bloggers are on the defensive, doing their best to explain why its awesome – but I’m just not one of those guys. I don’t think this is an awesome product.

I think it’s kind of silly.

I actually recorded tomorrow’s AGD (since I’m going to be out of town) already, and ranted about the shuffle there, so I don’t need to go on for too much here…but I am curious as to what you think about the stick of Trident gum that also plays music.

I seriously believe its just plain absurd, and will be replaced in less than a year by something with a screen.