by Mel 10 years ago3 months ago 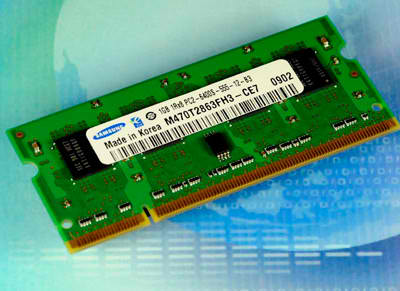 The legal battle that Apple and Samsung have been waging against each other for quite some time now looked like it was finally going to end with news that the CEOs of the two companies have agreed to meet and discuss possible settlement terms, and with it the professional animosity that the two companies feel for each other. But a possible monkey wrench may have been thrown into attempts to mend the relationship between Apple and Samsung.

It was recently reported that Apple has decided not to go with Samsung, and instead sign a contract with the company’s rival for a massive order of components.

The Digitimes of Taiwan reported that Apple ordered a large amount of dynamic random access memory or DRAM from Elpida, Samsung’s main rival in the production of the said computer components. The order was placed in Elpida’s plant in Hiroshima, Japan. After news of Samsung being bypassed by Apple spread, shares in Samsung Electronics, Co. dropped by more than six percent in Wednesday’s trading. This has cost the world’s leading electronics manufacturer 10 billion dollars in value.

On the other hand, the huge order from Apple has reinvigorated struggling Elpida, which has recently been forced to file for bankruptcy protection because of very weak and slowing sales of its chips. Apple’s order has resulted in Samsung posting the largest daily fall it has seen in the last four years. Samsung is the leading manufacturer of DRAM in the world. The fallout over Apple’s decision has not only affected Samsung but also another DRAM manufacturer, SK Hynix, which closed nine percent lower. It is the company’s biggest one day drop in the last year.

Apple’s move is very evident. It doesn’t want Samsung and Hynix to lord over the chip market. By ordering from Elpida, it has transformed a struggling company into another big player in the market. Expect DRAM prices to go down because of this.