Opinion: Is the iPod Touch a Mistake? 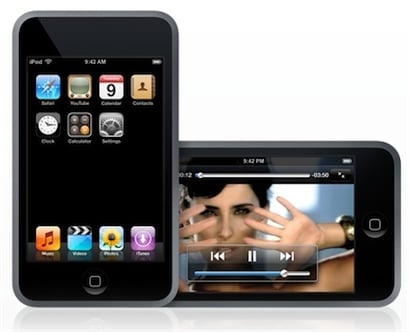 Now wait…put the torches down, and just listen to me for a second here….

I’ve been thinking about the iPod Touch recently, explaining it to people (as I often find myself doing in regards to Apple products), and I’m beginning to think this thing is a mistake.

Now, I don’t mean the idea of a touch screen iPod with navigation like the iPhone. That’s not what I’m talking about at all…but the actual iPod Touch that is about to start shipping, I think, is ultimately going to prove to a be a mistake for Apple. Here’s why…it’s WAY too much like the iPhone.

Not just in functionality, but mainly in look and feel. At a glance, it looks almost identical to the iPhone, and the home screen layout, while bare, is very similar to the iPhone as well. In fact, I’ll be willing to bet that most people who get these things will be asked by their friends “Is that an iPhone?” when they show it off for the first time.

Now, why would that be a mistake?

Because if it looks like a duck, walks like a duck, and talks like a duck – people expect it to be a duck. What I mean by that, is the iPod Touch is SO much like the iPhone, people are going to expect the same features they are getting on their iPhones (minus the phones, of course)…and Apple isn’t prepared to give them that just yet. I understand their are slight differences in the design, but even next to each other on Apple’s site, they only look a silver boarder and an icon set away from being identical twins.

We’ve already seen where Apple has, for some unknown reason, made it so that Contacts and Calendar events can’t be input into the iPod. I don’t have a single clue as to why that would be, other than to keep it seperate and different than the iPhone. That’s going to be a problem for users. They’re not going to see the iPhone and iPod Touch as separate devices as long as they look act and feel so much a like.

I think it’s great that Safari is now on the iPod Touch, and that it has Wi-Fi. It’s going to be an almost perfect solution for people that wanted iPhones without the phone….but petty restrictions like no Calendar updates on the iPod Touch make it appear crippled. That can’t be good.

I think the iPod Touch 2 needs a drastic design overhaul to make it appear less like the iPhone. If they want to keep the same home screen and multi-touch design – fantastic, I love that idea – but if the iPhone is a duck, the iPod Touch is a Goose, and I don’t think that is very clear at a glance…and it should be.