You are here: Home / iPhone / With the iPhone SE, Apple Gets It Right 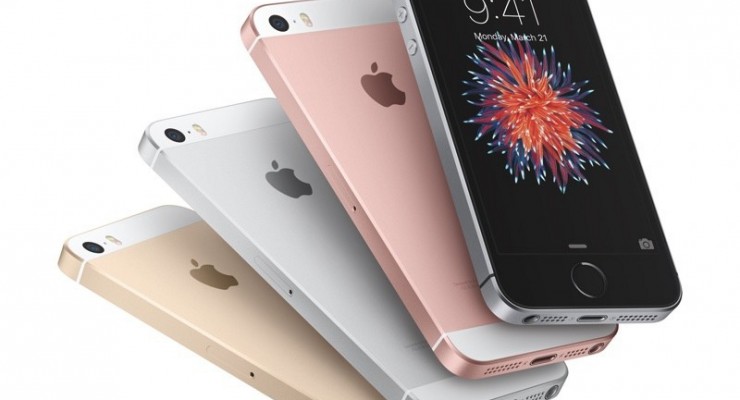 Apple’s spring event didn’t introduce a totally new iPhone, but that’s okay. The new iPhone that Apple did introduce, the iPhone SE, however, is truly a revolution in the company’s philosophy (if not its technology). It marks a step forward for Apple — even as it feels like the company is simply marching in place.

While the iPhone SE might not be the most exciting release coming out of Cupertino, California from a technological standpoint, this device marks what might be a sea change for Apple, one that gives more people access to its hardware and software, one that gives some people the form factor they want and one that doesn’t cram outdated technology into an new shell. Put simply, with the iPhone SE, Apple gets it right.

Bringing More to the Fold

As I’ve argued before, biting into Apple for the first time is tough. Whether it’s the iPhone, iPad, Apple Watch or Mac, buying an Apple product is a relatively expensive purchase. Apple’s price tags turn a lot of potential buyers off, even before they’ve used an Apple product.

The so-called “Apple tax,” of course, overlooks the quality of the company’s devices, from its software to its hardware, but that’s not a very compelling or effective argument for people who have never even picked up an iPhone or MacBook.

You can continue to cater to relatively wealthy people, but you’ll never increase your base of users if they think that your products are totally out of their financial reach.

But the iPhone SE is different. The iPhone SE changes things. As I mentioned in the introduction, this particular iPhone represents a change in Apple’s philosophy.

When Apple introduced the iPhone 5c, the first affordable iPhone, in fall 2013, it was released alongside the iPhone 5s. The iPhone 5c was, at the same time, brand new and a generation outdated. What was inside this colorful new iPhone shell was iPhone 5 guts, so even though this iPhone was just a bit cheaper than the new iPhone 5s, it was a much weaker iPhone.

While the iPhone SE has the same guts as the iPhone 6s, it wasn’t introduced alongside a shiny and new iPhone 7. If you preorder an iPhone SE (starting at $399), when you open the box, your new, more affordable iPhone will be just as powerful as Apple’s flagship iPhone.

If you were to walk into an Apple Store today to buy an iPhone 6s, you’ll drop $649 for a 16GB model, a staggering price tag that makes it easy to see why the iPhone SE’s $399 price tag — while still high — might be very appealing to people who are interested in buying an iPhone but have been turned off by the flagship’s price tag.

Listening to Calls for Change

The new iPhone’s price tag is important for bringing more people into the fold, but another section of the market will be interested in this iPhone: people who long for the days of 4-inch cell phones.

Admittedly, most people who have smartphones seem to want devices with bigger screens, but there’s also a sizable group of users who don’t want anything bigger than a 4-inch screen. The iPhone SE gives those customers exactly what they’re looking for.

Because of this new device, you don’t have to continue using an old and outdated iPhone just because you don’t want to buy a phone with a much bigger screen. You can get the same amount of horsepower with the iPhone SE as you would get with the iPhone 6s.

This new device isn’t a compromise. (At least not yet.) In fact, it’s a great option for people who in the market for a new smartphone.

It remains to be seen if Apple will continue with this “special edition” line of the iPhone. Assuming that the company introduces the iPhone 7 (or whatever the new iPhone will be called — just hopefully not the iPhone Pro) this fall, the iPhone SE will suddenly become outdated, last year’s technology stuffed into a fancy 4-inch case. Depending on the success of the iPhone SE, Apple might decide to make this special edition model a regular part of its lineup, a spring addition to the current lineup, staggering iPhone releases throughout the year, rather than once a year.

But there’s a definite possibility that Apple won’t update this iPhone again. Since the iPhone 5c, we haven’t gotten any new colorful iPhones, and it doesn’t look like any are on the horizon, despite the popularity of that particular line of iPhones.

Are you planning on preordering or ordering this new iPhone? If so, what makes you want to go back to a 4-inch screen? What do you think about the iPhone’s relatively small price tag? Let us know in the comments below.

Giving in and Embracing the Big Screen iPhone

Want a Tough Yet Stylish iPhone Case? Check Out the Linen Micarta