by Angus Shaw 11 years ago3 months ago 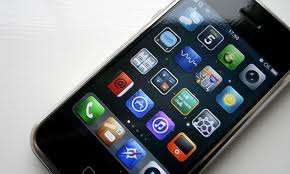 On October 4, 2011 the Apple iPhone 5 release event will take place and over the last few months there have been several hardware and software options that keep popping up on our radar from various sources, this page lists some of the most popular iPhone 5 rumors.

Various websites have been popping up with iPhone 5 cases for sale, if those cases (which are generally the same in design) are correct the phone will feature a more curvy design with rounded corners, a thinner body and an aluminum back.

Another popular rumor is that Apple will ditch the home button, providing users with a slightly bigger screen that could reach 3.7″ to 4.0″ in display size. It’s quite possible that the device could feature a 4-inch OLED display with the same resolution as the iPhone 4.

To go along with the larger display Apple is expected to roll out an A5 dual core processor and 1GB RAM, a vast improvement over the 512 MB currently offered on the iPhone 4. If rumors are correct the added memory is needed for the company’s revolutionary voice command system known as “Assistant.”

If internet leaks from various carriers are correct the iPhone 5 will also features 16GB and 32GB models, a carryover from the iPhone 4.

Photographers will particularly enjoy the Sony created 8MP camera that is said to capture in FullHD resolution while the user facing camera will receive better capabilities for utilizing Face Time and other webcam type functions.

If a bunch of hardware features isn’t enough to get your blood flowing the device is also expected to feature gesture-based controls which will remove the home button and as mentioned the “Assistant” feature will be added bringing with it the ability to speak various commands.

Also on the software/hardware front an iCloud button could become part of the system allowing users to tap a button to access all of their photos, contacts, bookmarks, documents and other cloud based information directly from their iPhone 5.

At this time it’s still unclear what price Apple will attach to their new device, users will likely be able to pick up prepaid iPhone 5 devices that are already unlocked and contract based devices likely to start at the $299.99, a standard starting point for Apple’s lower memory based options.

Will you be heading out to grab an iPhone 5 if the hardware and software rumors listed above are true?