The folks at Rockstar games, apparently, are not Apple fans.

TUAW thinks their parody is brilliant. I’m not as impressed. Drew over at TV Jab and I have been debating and discussing this game for weeks because I don’t have a very high opinion on of it. That was before the Apple parody, mind you, but I have to say, the parody here doesn’t exactly enhance my opinion of the game creators. 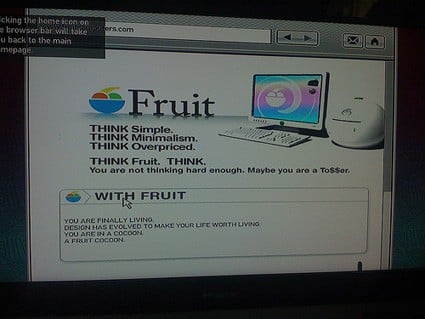 In the parody “Fruit” products are referred to as “overpriced” and the “iFruit Phone” has “no buttons, no reception, no storage capacity, all ego”. 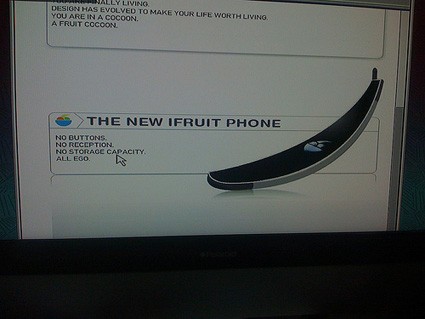 Now, before you start giving me grief because I’m knocking this “brilliant parody”, it’s not that I’m against a good Apple parody – in fact – here’s one now…

The video above is funny, and makes a good point about the differences between the two machines.

The one in GTAIV is just playing up some old tired, and untrue Apple stereotypes.

But that’s just my two cents – what do you think?