You are here: Home / iPhone / Why I’m Not Buying The iPhone 7 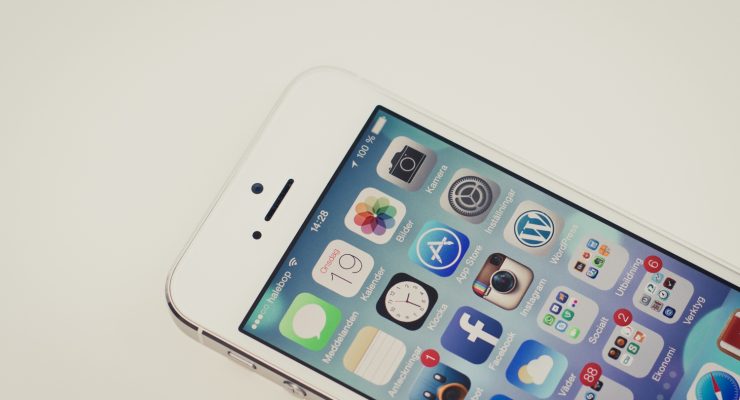 I know that’s it pretty early to declare that I won’t be hopping onto the bandwagon when the new iPhone is released and buying the iPhone 7, but I feel pretty safe in assuming that I won’t be getting into the new phone as quickly as I dove into some of the earlier editions and the reason is quite simple; I don’t need it. And, until Apple refines their software to only work with newer phones or there’s an app that only runs on an operating system supported by the phone, I won’t need it. Here’s a video by ConceptsiPhone that outlines what we might see from the new version.

With previous editions there have been updates that I’ve quite simply needed. I had a iPhone 4 until I couldn’t run the newer OS systems on it and then I updated to a 5 and now I have a 6s. But with each new phone I needed something new. When I upgraded to a 5 it was because I wanted to run apps like Uber and Lyft and Hulu that were either not supported on my old phone or had glitches. For example, I live in a city where we have Uber Pool and I couldn’t get an Uber Pool on my iPhone 4.

Get your credit card ready. The #iPhone7 has a confirmed release date.https://t.co/s75GVsLVbz pic.twitter.com/FyurOp6oec

And then when I saw that I could get a wider screen and hands-free Siri, I decided that I needed the 6s. As a writer I’m constantly emailing clients and contacts and I need a phone where I can read what’s on the screen. (And the high-def Netflix/Hulu look incredible on my 6s). But the rumors for the new iPhone don’t really excite me too much. There isn’t anything that’s driving me wild and I can’t even see there being anything that I’ll be able to convince myself that I need. And, as any Apple addict knows, it’s very bloody easy to convince yourself that you need something when a new phone or computer comes out and will quickly lead to us buying the iPhone 7.

At the WWDC this year, there were almost no mentions of the new iPhone or the new systems that would be running on the phone. Though there are a lot of different sources that I’ve looked into about the new phone and even wrote my own post on it, MacRumors did a complete rundown on all the rumors that are circulating around it and may lead people to buying the iPhone 7.

And the extensive list made a lot of good points, but they are only slight improvements on the phone that is already unparalleled.

There are rumors about the non-existent headphone jack and wireless charging. But that doesn’t help, I still have to be near a charger to charge my phone – figure out a way to charge it via data and I’ll be impressed.

Wireless headphones already exist. If I wanted them, I’d already have them, forcing me to buy them isn’t an update.

But there are things that Apple could do to change my mind, things that a new phone could do that would put it lightyears ahead of the previous editions. I guess the most important thing would be a little more privacy. They made a wise PR move by standing up to the federal government and refusing to break into the San Bernardino shooter’s phone. But that doesn’t mean every iPhone can’t be easily hacked.

VICE put out a video with Edward Snowden in which the whistleblower hacked into one of their reporter’s phones and used it to track his movements, take pictures of him and his surroundings and turn on his microphone even when his phone was turned off. And even though I’m not doing anything illegal on my phone, I hate the idea of somebody listening to the conversations I’m having, even if I’m having them with my dog.

The other thing that would change my mind is a built-in projector. The camera doesn’t need to get any better, it’s as good as a camera as I can and should expect from a phone. If I want a better image than I’m going to get on my iPhone 6S then I’ll buy a professional camera. Just like I wouldn’t settle for the music programs on the phone if I wanted to master music like Avici.

But a projector is possible, there are a number of apparatuses already on the market that quickly and simply turn your phone into a projector and I can’t help but believe that such an improvement is possible to be included in the phone.

And, of course, make it waterproof and I’m hooked and buying the iPhone 7 tomorrow.