Apple’s AR, Not VR, Is the Next Big Thing

Virtual reality gets a ton of attention: it’s a sexy technology that we’ve seen in science fiction for decades. Look at Neuromancer, Snow Crash, or Ready Player One. Full-immersion virtual reality underpins these science fiction universes, affecting society in both significant and subtle ways. So when people talk about the innovations of tomorrow, they want to talk about virtual reality. You might call this the “tricorder effect”: people are most excited to create and invest in the sci-fi technologies they’ve seen in books, TV and movies, with less glamorous technologies getting comparatively less attention. For example, as impressive as Apple’s ARKit implementation looks, there’s been surprisingly little buzz.

However, we would argue that AR, not VR, is actually where it’s at. As sexy as VR is, Apple’s AR is showing signs of being the next big thing. And Apple is poised to ride that wave. With major integration for AR in iOS 11, they’re finally offering a massive, AR-capable audience to developers. Apps have already begun to take advantage of Apple’s AR opportunity in interesting ways, and the features aren’t even out of beta yet. In the months and years to come, there’s a good chance that developers will truly explore the technical and social power of augmented reality. For the first time, thousands of developers will have access to millions of users with augmented-reality capable devices, and the results could be astounding.

Of course, Apple’s AR could totally crash on arrival: new technologies are always a gamble. But let’s consider why VR, the cooler version of Apple’s AR, isn’t quite ready to remake the world. 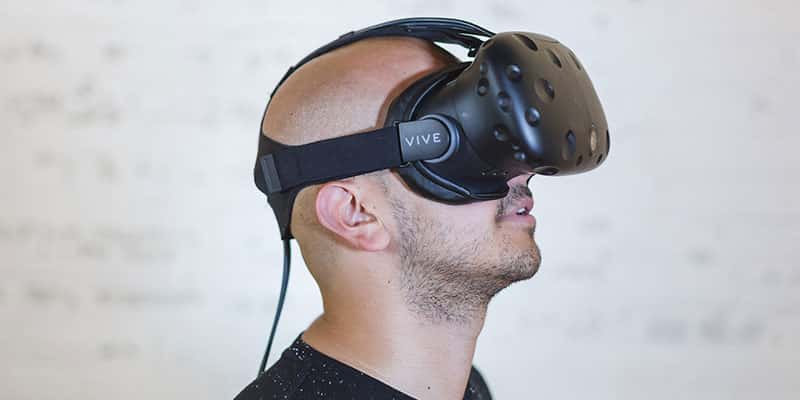 Even half-way convincing virtual reality is a massive technical challenge. With devices like the Oculus Rift and HTC Vive, we’ve conquered the most obvious technical hurdles, but the technology is still taking its first steps into the consumer marketplace. Even now, with multiple VR devices available to purchase, fidelity is relatively mediocre. Existing headsets only support a limited resolution, with a clear visible pixel grid on even the most expensive consumer units. A lot of this has to do with available graphics horsepower. Right now, only high-end PCs can process video for VR devices. For example, graphics manufacturer nVidia says that you’ll need their GTX 970 card to even think about processing virtual reality. For comparison, that GPU costs $300 (when you can get it at all thanks to Ethereum miner shortages). And even with that card, it needs to work full-time to render enough data for even moderately convincing virtual reality.

Let’s look at a concrete example. The Oculus Rift has two 1080×1200 OLED displays, with one for each eye. These refresh at 90Hz, providing a 110° field of view. This means that, every 90th of a second, your computer needs to process roughly the equivalent of two HD monitors of video content. It’s true that most VR games aren’t as visually demanding as their AAA counterparts, but that’s still a ton of work. That’s why the “entry level” VR card is so costly. A computer needs a ton of horsepower to render that many pixels without frame rate crashes or stuttering.

And while most enthusiast PC gamers will have that level of hardware on tap, that’s still a fairly limited market. On the other hand, we’re about to get AR support on a massively popular smartphone platform, with millions of existing devices in circulation. 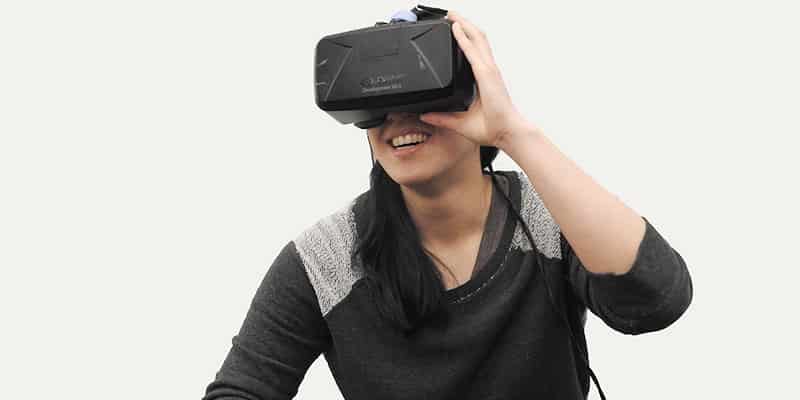 For all the advances we’ve made in the world of virtual reality, we’re still far away from the full-body input of Ready Player One or the million-mile Street in Snow Crash. The cutting-edge VR tech is goggle-based, meaning you need to strap a heavy headset to your noggin before you can punch deck. This isn’t the most comfortable sensation, and it can limit play sessions thanks to physical discomfort. And this tech is far from wireless. You’ll need to run beefy sound and video cables back your PC, and stay connected at all times as you move through virtual space. This can limit your immersion, though that’s reduced with clever cable routing.

Virtual reality also requires you to have a large physical space to take full advantage of it. For example, the HTC Vive (which supports the most movement) supports a maximum play space size of about 20 feet by 20 feet, though it can absolutely be used in smaller spaces. That said, look around the room where you do most of your living. Do you have 100 square feet of physical space just lying around? Probably not. This means either rearranging your room or limiting the amount of movement available. AR adapts to the world around you by definition, meaning you definitely don’t have to slide your desk into a corner to get it to work.

Finally, hand-based input in VR can be a little finicky. We haven’t gotten to the point where we can map individual finger motions into games. This limits input to general gestures and full-arm movements. With the Vive, you get some pretty excellent motion controllers that you hold on to while playing. Most Rift games use an Xbox controller for movement.

Aside from the technological challenges and design hurdles, virtual reality needs to overcome a unique problem: its user’s physical limitations. A non-neglible percentage of virtual reality users get serious nausea, owing to the mismatch between visual input and bodily movement.

It’s all thanks to your brain’s confusion. Your eyes say you’re moving, but your body says you’re standing still. Your brain gets confused, assuming that this mismatch of visual and physical stimuli must be a result of some seriously bad food, and encourages the body to vomit up whatever poison you recently ingested. Limiting movement or using a crosshair helps reduce the effects, but that significantly limits what VR is capable of. And while VR sickness doesn’t effect everyone, it effects a sizable enough percentage that game designers have had to make significant concessions to get around it. And unless this problem can be permanently solved, VR might have its wings clipped before it can even fully take off.

If you’re looking for the next big thing, it’s probably AR. And while we hope that virtual reality will continue to develop into the technology we’ve seen on the big screen, it might be a while before we reach the point of technical feasibility. It has the potential to shake the foundations of the world, but it’s beginning stages are so-so. With continued investment, it will one day take the world by storm. But until then, we expect that the half-way step of augmented reality will have a bigger impact on the lives on consumers.

Headset Technology: Is This an Industry Apple Can Break Into?

Would Apple’s AR Glasses Be Better than Google Glass?