While Apple has a reputation for developing excellent hardware and software for use in its products, the tech giant hasn’t been shy about buying smaller companies that can help it achieve its goals either. In recent years there have been a number of acquisitions to help improve Apple Maps for instance, and last year’s $3 billion purchase of Beats will pave the way into the streaming music business too. But last week Apple surprised many tech analysts when it acquired a German company by the name of Metaio, a firm that specializes in making augmented reality (AR) software. Just what does this purchase tell us about Apple’s plans for the future, and why exactly would they be interested in such a company in the first place?

For the uninitiated, augmented reality is a promising technology that overlays virtual images on real-world settings when viewed through the display of smartphone or tablet. An AR enhanced app could, for instance, show the user important points of interest near their current location simply by holding the phone up and panning around in different directions. It could also fall a room with virtual furnishings to give you and idea of how to decorate the space. The technology has even been used to varying degrees of success in games as well, creating a sense that the player is interacting with the world around them.

Just what Apple plans to do with the Metaio technology remains a mystery at this time, and we’re not likely to gain much insights into those plans until the company is ready to share more information. But it is easy to speculate just where Apple could integrate AR functionality in upcoming software releases, with Apple Maps once again being the most likely recipient of an upgrade. 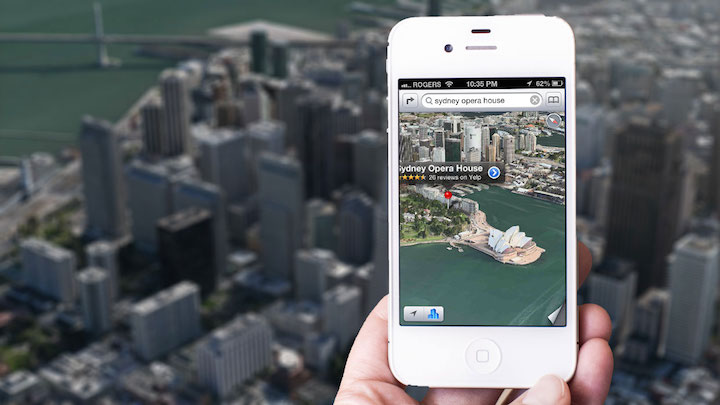 Augmented reality technology could potentially bring some groundbreaking features to Apple Maps. The software was much maligned when it was first released back in 2012 due to its lack of features and poor driving directions. But since than the product has slowly evolved into a very good mapping service with more data being added all the time. Rumor has it Apple has all kinds of plans to upgrade Maps even further, bringing a host of new functionality to the service. AR could be a part of those plans, as it would allow the Maps app to display important information on the iPhone’s screen while also showing the real world as it exists around us. The technology could be used to highlight our destination in a certain way that alerts us as we approach for example. It could also show locations of businesses that could be of interest to the user, including places like Apple Stores, Starbucks coffee shops, or gas stations. The integration of AR would also set Apple Maps apart from its main competitors which don’t offer such a feature at this time.

Another hot rumor that has been making the rounds lately concerns Apple’s efforts to create a true competitor for Google Now, a service that puts a plethora of useful information at the fingertips of Android users. According to reports, Apple’s new offering will be called Proactive and it will combine data stored in Siri, Contacts, Passbook, Calendar, Maps, and certain third-party apps. It is possible that augmented technology will play a role in this initiative too, although exactly how remains to be seen. It isn’t hard to imagine a system that combines data from the various sources listed above however, and displays useful information such as the location of an appointment on an AR-enhanced map. 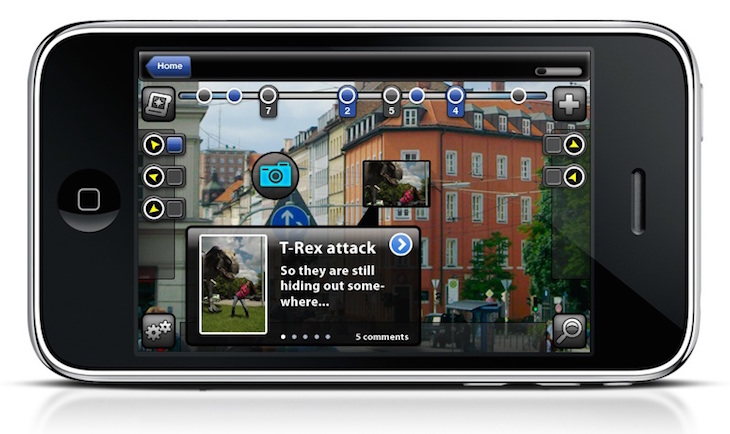 Regardless of how Apple plans to use the tech acquired from Metaio, iPhone and iPad users should be excited by the possibilities for the future. AR provides some opportunities to do some very interesting things as we’ve seen with Microsoft’s HoloLens demo. Whether or not Apple’s augmented reality efforts will be as ambitious as that project remains to be seen, but it could give us an idea of what to expect in the future.

With the Worldwide Developers Conference taking place next week we should start to get an idea of where iOS and OS X are headed in the near future. I don’t expect to see an announcements regarding AR, as it usually takes a year or two for Apple to begin integrating new technology from its acquisitions into its products. But we could see the unveiling of Proactive, and get some hints of what is to come from that new service too.

Either way, it is will be an exciting time for Apple fans for sure.