How to Report Messages Spam in iOS 8.3 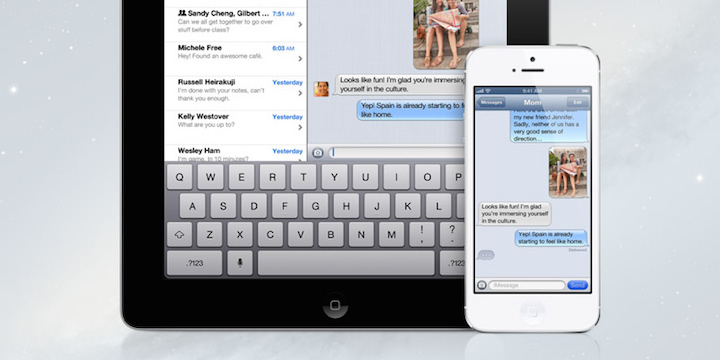 Earlier in the week Apple released iOS 8.3 for our iPhones, iPads, and iPod Touches, bringing a host of new features and bug fixes along with it. In addition to adding more than 300 new emoji, enabling Wi-Fi calling on more carriers, and giving us the ability to make speakerphone calls using Siri, the update also provides us with the ability to filter junk text messages, and report spam in the Messages app much more easily. Here’s how you can inform Apple of such abuse.

One of the new features that iOS 8.3 brings to users is the ability to filter your incoming text messages into two distinct boxes – those that are from contacts you know, and those who are from unknown senders. This can be accomplished by launching the Settings app and tapping on the Messages option. Within those settings you’ll find a new toggle switch labeled “Filter Unknown Senders.”

By default this option is turned off, but by activating it all new text messages that originate from someone who is not in your Contacts list will be automatically filtered into a new tab within the Messages app. That tab is found at the top of the screen where you’ll now see two options, one that says “Contacts & SMS” and another the reads “Unknown Senders.” You can toggle between those two filter simply by tapping on the appropriate choice.

Once activated, it is important to check the “Unknown Senders” tab regularly to ensure that you’re not missing important messages that are intended for you but just happen to come from someone not listed in your Contacts. If that is the case, be sure to add them as a new contact as soon as possible in order to avoid missing their messages. This can be accomplished by tapping on the “Details” option in the message, then selecting the information icon next to the number. From the list of choices that are displayed you’ll find an option to “Create New Contact” or you can “Add to Existing Contact” if the number belongs to someone you already know.

With this new filter system in place you’ll also see another option added to any messages that come from unknown senders using the Apple Messages system. At the end of the message there is now a note that reads “This sender is not in your contact list,” followed by the option to “Report Junk.” Tapping that selection will automatically send Apple a notification that you received spam via Messages. Presumably they will then take action to ban the account to prevent further abuse in the future.

This is a far more effective and efficient way to report these kinds of activities than Apple has offered in the past. Previously, users were forced to send an email that contained a screenshot of the message in question, along with the phone number or email address of the person who sent it. It is doubtful that many people actually took the tie to do that however, and as a result the spammers were able to continue sending their Messages spam.

Unfortunately it isn’t quite so easy to report junk SMS messages, which are delivered on the traditional texting network operated by your cell phone service provider. Still, Apple is trying to stop spam via text message as well, and to that end they have set up this website which provides instructions for contacting your carrier to report the problem.

iOS 8.3 is Here: Hello Diverse Emoji AND the Vulcan Salute