Here Are The iOS 10 Features You Can Look Forward...

by Alex Thomas 6 years ago10 months ago

Apple has begun releasing its newest operating system and everybody is looking forward to a lot of new iOS 10 features. They’re staggering the release of iOS 10 in an attempt to work out all of the bugs. They’ve been doing this for a while with their new operating systems and let’s hope that the result is better than what we got out of iOS 9, which wasn’t quite as great as it sounded. They unveiled the iOS 10 features at the Worldwide Developers Conference a few months ago and since then, Mac junkies have been scrambling to figure out what we can expect from the newest edition. You can even participate in the Beta program for iOS 10 here. 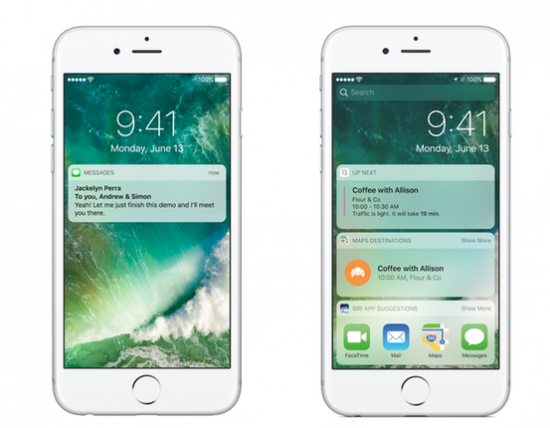 Apple has completely overhauled the lock screen with iOS 10 and the most noticeable difference will the “raise to wake” feature. So as soon as you lift your iPhone from wherever it’s sitting, the device will flash and show you the time and your notifications. They’ve also re-vamped the news features so that you’ll be able to find your stories a little more easily and there are all kinds of widgets that you can enable so that you can see the weather, your emails and a bunch of other info right from your lock screen. But the best thing about this new lock screen is that you won’t lose your notifications when you go into your home screen as you have in all of the previous versions.

One of the biggest new iOS 10 features is the change in the format of messages, which have been rather stagnant since the introduction of the emoji. With the new operating system they’re changing a lot of the stuff that you’re used to in messages and adding in a few things to get really excited about like the ability to draw (or sign your name) and more gender-friendly emojis. Here’s a brief clip from the WWDC:
[youtube https://www.youtube.com/watch?v=_jVmQYrTqqE&w=560&h=315]

This might not seem like that big a deal to some readers, but they’ve integrating browsing between your devices with iOS 10. If you’re on your computer and you’re looking at a website you’d lose it when you head out the door and start browsing on your phone. The only slight glitch is that this particular feature works a lot better with Safari than with any of the other browsing applications. It’s kind of the same thing they did with messages a few years ago and now I never need my phone with me when I’m on my computer, any further integration between my phone, computer and Apple TV is welcome.

They’ve also re-done maps and made it a lot more integrated and they’re letting you pan further ahead (finally!). The new maps also remember where you parked your car, which means I never have to lose my Honda in a garage and spend hours wandering around and clicking the lock button like an idiot. I might even start using this over Waze now. Check out the video from WWDC 2016.
[youtube https://www.youtube.com/watch?v=9PO4RYyGocY&w=560&h=315]

I’m not sure if Apple’s new app “Home” is the epitome of an Orwellian Big Brother or the thing that I’ve always needed. The new app will let you control your home’s locks, garage door, temperature and lights from wherever your are. It’s going to take a while to get everything working well with this but a lot of manufacturers have announced that their appliances will be supported with the new app.
[youtube https://www.youtube.com/watch?v=ZafsApba-DY&w=560&h=315] 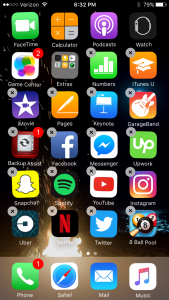 They haven’t said much about this but the reports are that you can delete the default apps with iOS 10. And I’m going to love that. Imagine never having to look at “stocks” or “iBooks” again?!

Siri is going to be a lot more helpful with third-party apps. She’s already pretty good with Spotify but I’d love it if Lyft and Uber were integrated into the voice application. However, she’s still not going to be able to catch Pokemon for you.