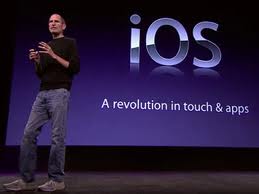 Net Market Share recently released its compiled figures for mobile and tablet computer operating systems that are used for accessing the web for the month of December 2011 and as everyone expected Apple has come out as the most preferred mobile operating system of choice for mobile web browsing for more than fifty percent of all mobile technology users.

Based on the figures released by Net Market Share, Appleâ€™s mobile operating system, iOS, enjoys a 52.1 percent share of the market. Surprisingly, second place is not occupied by Android but by Java ME, which has 21.27 percent of the market. Android is at third place with 16.29 percent of mobile users using the system to browse the web.

The figures that Appleâ€™s iOS posted becomes more impressive if we consider the fact that the figures for December were actually a result of a two month slide in market share. Based on Net Market Shareâ€™s report for October 2011, the iOS actually had 61.5 percent of the market. Over the next two months, the market share of iOS went down, but at 52.1 percent, it is still quite high. The boys at Cupertino are surely happy about these figures.

But itâ€™s not only iOS that saw a decline in market share. Even Androidâ€™s market share declined. Last October 2011, it had 18.86 percent of the market. On the other hand, Java ME, Symbian and BlackBerry actually increased their market share month-to-month. No explanations were given regarding this trend.