Apple Deserves to be Sued Over Lost Android Text Messages 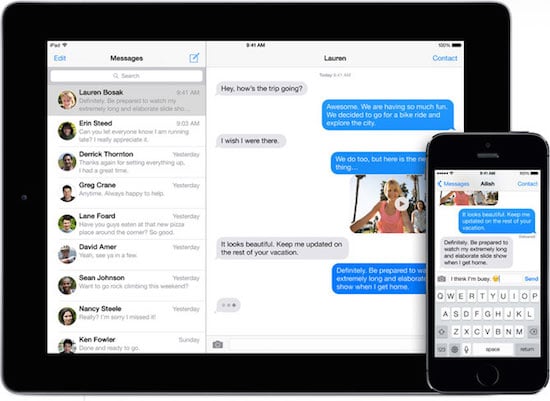 For months now, former iPhone users have complained about the fact that they haven’t been able to receive text messages sent to their new mobile devices due to an error in Apple’s iMessages servers. The problem was a major source of frustration for those who had left the Apple ecosystem, and had moved on to Android, Windows Phone, or some other mobile operating system. Earlier this week one former iPhone owner’s lawsuit against Apple over this issue was upheld by a federal judge, which means Apple will soon have to face the music in court. Here’s why the tech giant deserves to be sued over these lost Android text messages.

The plaintiff in the lawsuit is a woman by the name of Adrienne Moore, who replaced her iPhone 4 with a Samsung Galaxy S5 awhile back, only to discover that no text messages sent from an Apple gadget were arriving to her new mobile device. Apparently, Apple’s servers still saw her phone number as belonging to an iPhone, and continued to try to send the text messages as iMessages rather than by SMS. As a result, they never reached Moore’s new phone, and she missed countless texts from friends and family.

Moore isn’t the only former iPhone user to experience this problem either, as there have been hundreds of reports of former iOS users experiencing the same issue. For some reason, their mobile phone numbers were stuck in Apple’s iMessage system, and it seemed like there wasn’t any way to get them out.

As the number of smartphone users experiencing this issue continued to rise, the silence from Cupertino was deafening. The complete lack of response from Apple in the face of these complaints was disgraceful, and the fact that they didn’t offer any kind of explanation or solution to the problem was even worse. It was clear that this wasn’t an isolated incident, and yet there didn’t appear to be anything Apple was doing to rectify the situation.

To their credit, Apple ended the frustrations of many former iOS users earlier this week when it released a web tool that allows them to deregister their phone numbers with iMessage. But it took them months to offer this solution, while the phone numbers of many former iOS users were stuck in limbo. As Apple pundit John Gruber said on his popular blog, “I don’t think it ever occurred to anyone at Apple that someone might eventually want to switch from iPhone to another phone.”

We all know that modern operating systems are more complex and powerful than ever, so the fact that a bug like this one slipped through the cracks isn’t the issue. But the problem was first introduced way back when iOS 5 was released, and it has taken until now for a solution to be offered. That is simply unacceptable on the part of any tech company, and quite frankly, I’m surprised there hasn’t been a lawsuit over this sooner. 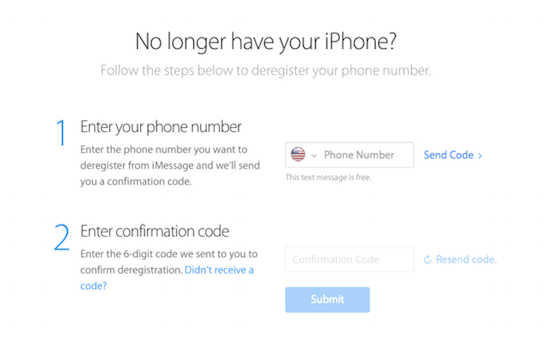 Apple did unsuccessfully try to have the lawsuit thrown out of court, and a quote from their motion for dismissal gives some insight into their thought process on the entire situation. It reads as follows:

“Apple takes customer satisfaction extremely seriously, but the law does not provide a remedy when, as here, technology simply does not function as plaintiff subjectively believes it should.”

This quote is so absurd that I can’t even believe it was used in the court filing in the first place. First of all, no one is questioning Apple’s commitment to customer satisfaction, as the company generally scores extremely high in that category. But to say that the lawsuit should be thrown out because technology doesn’t behave the way someone thinks it should is a strange argument. This isn’t a case of a customer expecting a certain feature of their new iPhone to behave a certain way, when it actually doesn’t. This is someone who isn’t even using an Apple device any longer, but is still prevented from having their new phone function properly thanks to an error in Apple’s code. That is simply not acceptable on any level.

I can only imagine the level of frustrations that these former Apple customers must have felt over the fact that many of their text message simply could not ever be delivered, and no one was offering any way to fix the problem. For dragging their feet on this issue for so long, Apple definitely deserves to be taken to court. Whether or not a judge or jury will side with the plaintiff remains to be seen, but at least the case will be heard.