5 Under Utilized Features of iOS 8 Messages

by Kraig Becker 8 years ago9 months ago
2 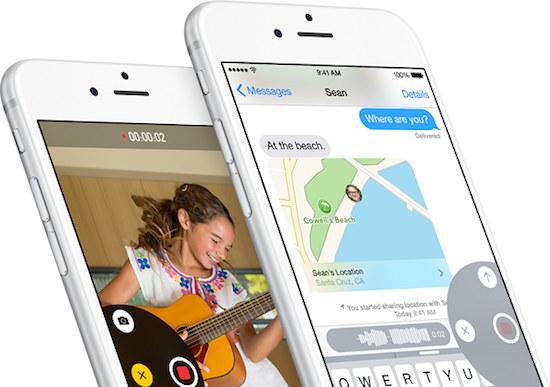 When it was first introduced as part of iOS 3 back in 2009, Messages was a simple app designed to enhance communications between iOS devices, without compromising the ability to send standard text messages to other types of devices as well. In those early days, it was a bare-bones app, lacking in features and polish, but over the years Messages has continued to be refined, and gain new functionality to the point that it has grown into a robust platform that millions of users depend on every day. With the release of iOS 8 back in September, the app received a nice upgrade, with some powerful and useful new features being added to the mix. Sadly, some of those new features have largely been ignored by users, most likely because they don’t realize this new functionality even exists. Here are five under utilized features of iOS 8 Messages that could change the way you interact with your friends and family.

One of the most significant updates to Messages under iOS 8 is the ability to quickly and easily send brief audio and video messages to your friends. Audio messages can be sent by tapping and holding the microphone icon in the lower right corner, which in turn will activate the microphone on your device, and begin recording your message. When you’re done, you simply slide your thumb over the upward facing arrow to send the message, or slide to the left to select the “X” to cancel it. If you decide to send the recording, the person receiving it will be notified just like any other text message, but instead of seeing the note spelled out like any other, they will get a prompt to play an audio message instead. When they do play that message, they’ll actually hear your voice come through their speaker.

Similarly, video messages can be sent by tapping and holding the camera icon in the lower left side of the screen. This will bring up a new interface that will allow you to snap a selfie by hitting the camera icon again, or record a video message by tapping the red “record” button. When you’ve finished capturing the video, you once again hit the up arrow icon to send it. Now, the person receiving the message will actually see and hear you.

Apple understood that sending lots of audio and video messages could fill the limited storage capacity on an iPhone very quickly. To prevent this, audio and video messages are set to auto-delete two minutes after they have been seen or heard. Those message can be saved permanently however by adjusting the expiration time in the preferences for Messages under the Settings app. Users can also save individual audio messages and videos by tapping the “Keep” option that appears under the file after it has been played.

Opt Out of Group Messages

When Apple updated Messages for iOS 8, they added a new “Details” menu that can be found in the upper right corner of the screen. Tapping this option reveals a host of new functionality that can help you interact with your contacts in new ways, and manage how messages are handled too. One of the best new features found under this menu is the ability to “Leave this Conversation.” This allows users to opt out of group messages that they no longer want to be a part of. This can be incredibly useful for when you find yourself in an endless chat-loop with lots of different people, and you simply no longer want to receive any messages from that particular group. Tap the “Leave this Conversation” option, and you’ll be prompted to confirm your choice. After that, no messages from that conversation thread will be delivered.

Alternatively, if you don’t want to leave the conversation altogether, but don’t have time to read it at the moment either, tap the “Do Not Disturb” switch instead. This option will mute message notifications from that group, but save all of the texts until you’re ready to review them.

Messages now has the ability to quickly and easily share your current location with the people that you are conversing with. This can be very helpful when you’re attempting to find one another at a busy place, or you want to let someone know exactly where they should meet you. The shared location will appear in their message, and tapping it will open the Maps app, helping them to navigate to that exact spot.

There are a couple of options for using this feature depending on your situation, and the person you are conversing with. The first sends your current location as part of the message as detailed above, giving them a one time snapshot of where you are that is good as long as you don’t move from that location. The other option allows you to share your location for a pre-determined amount of time, allowing your friends to see where are, even if you’ve moved from the original spot. Tracking can be activated for an hour, a day, or indefinitely, depending on your need. Of course, if you use this function, choose wisely who you share the information with, and for how long. 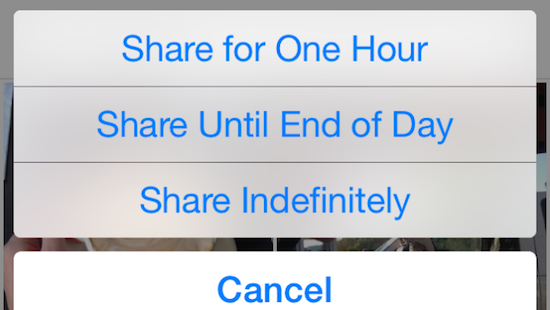 It should be noted that the Find My Friends app and the Maps app also allow for the sharing of current locations. But having the ability built into Messages is incredibly convenient and simple, which is why it is a feature that more Messages users should be embracing.

The new “Details” menu also provides quick and easy access to all of the images, documents, contacts, and other attachments that you have shared with your friends and family as well. Each of those items can be found at the bottom of the menu in the order that they were sent, newest to oldest. This can be very useful for finding a particular photo for instance, and serves as a nice visual timeline of the conversation as well. Tapping on any of the items in the attachments list will also give you the option for sharing them with others too, with all of the usual social networks, email, and AirDrop options represented.

One of the handiest features of Messages predates the iOS 8 version, but it is worth mentioning here none the less. Read Receipts have been a part of the app for some time, and they are another useful tool for those who text often. Read receipts let the person sending a message to you know when you’ve actually seen the message, even providing a time-stamp indicating exactly when that occurred. Typically when a message is sent using the app, you’ll see a notification indicating that it has been delivered to the other person. That note appears after the message has actually arrived on the receiver’s device. With read receipts turned on however, the “Delivered” status will be updated with “Read” followed by a time stamp behind.

Unfortunately, read receipts are not turned on by default, and the majority of iOS users never bother to actually activate them. To do so, you need to launch the “Settings” app, select the options for “Messages” and then turn on the switch for “Read Receipts.” From then on, anyone who sends you a text through Messages will see when you’ve actually read the note. Encourage your friends and family to turn on this option as well so that everyone receives the benefits of its use.

There are of course other features embedded in Messages, and Apple continues to expand the apps functionality on a yearly basis. What the future holds for the platform remains to be seen, but it is safe to say that it has evolved in new and unique ways that Apple probably didn’t even foresee just a few years ago.

10 Apps For Use With HealthKit