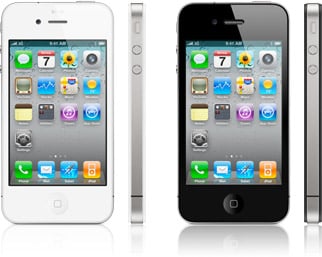 Uh oh. We all know that the iPhone pre-order deal was a giant fiasco, and now we have heard reports of canceled orders being sent out from Apple and AT&T. Apparently, this stems from a checkbox on the website, which if not checked, means that you’re not cool with accepting AT&T’s terms and therefore, not able to get a new contract. ZDNet has the story:

But now it looks like even some of the customers who managed to get through the traffic and pre-order the fourth-gen iPhone online werenâ€™t actually successful as reports are surfacing of randomly canceled orders.

Several tech sites are reporting canceled orders on the part of either AT&T and Apple for a variety of reasons, includingÂ unverifiable information,Â an incomplete authorization process, orÂ sometimes no reason at all. Â We havenâ€™t seen notes like this from Best Buy yet, but let us know if that happens to you. In these cases, credit cards shouldnâ€™t be charged. But still, talk about completely frustrating.

I decided to check my own account because of this – I’m understandably a bit freaked out about the situation. According to AT&T, I now have a new date for getting a new phone, which is sometime in 2011. That tells me that AT&T recognizes my pre-order, so I’m good on that end. I also checked Apple’s site, and although neither of my orders show as prepared for shipment, they do show as being accepted, so here’s to hoping that I’m good to go.
Apple doesn’t need another crappy PR turn with this launch, as it’s already plagued with them. I hope this all gets worked out soon – and that I’m not swept up in it all as well.
Kevin Whipps is a copy editor, writer, photographer and custom car builder based in the Phoenix, Ariz. area. For the past 10 years he's been building his portfolio, mostly in the automotive publishing industry. When he's not wrenching on cars, most of his time is spent discovering new gadgets and toys, and of course, using everything Apple. Whipps is also married, and has a baby boy, Kevin Whipps Jr., coming on February 7, 2010.