by Alexander Fox 6 years ago9 months ago

With the New Year comes a slew of resolutions. No doubt a few of us have resolved to be better organized, to forget less, to be less stressed out. Ifhere’s a few Mac to do apps that might help you meet your goals in 2017. 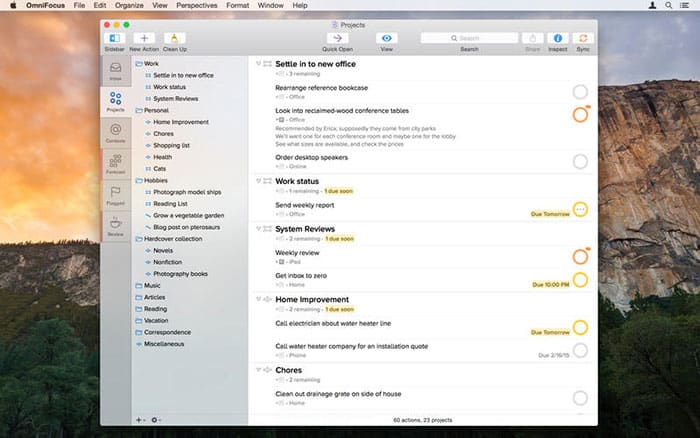 OmniFocus is based on David Allen’s Getting Things Done methodology, also called GTD. Allen’s system is a way to make to-do lists more powerful, and it’s based around a few principles. First, everything you want to do in your life goes on your list. Want to take a trip to Europe someday? That goes on the “someday” list. Need to get milk? Put it on today’s docket. This “all-in” process builds a trusted system, so you never have to worry if you’ve forgotten something. Sounds glorious, yes?

It also requires a good deal of work. There’s a whole process that Allen sums up in his book, but suffice to say there’s a number of new habits you’ll need to form for the methodology to be truly successful. You need to review lists regularly to make sure you didn’t miss anything, assign due dates to your tasks, estimate the amount of time they’ll take, and so on. But once you get into the mindset, it’s a truly powerful system.

OmniFocus 2 aims to make that implementation a little easier. You can use it as a ho-hum list maker, but it’s built specifically to manage the intricacies of the GTD system. It includes a strong project-based focus, a built-in review module, contexts, and more. But an app this fully-featured doesn’t come cheap. You’ll lay out $40 for the desktop version, and another $40 for the mobile version. If you just want a powerful checklist manager, this is overkill. But if you’re dedicated to the GTD method, that price might be worth it. 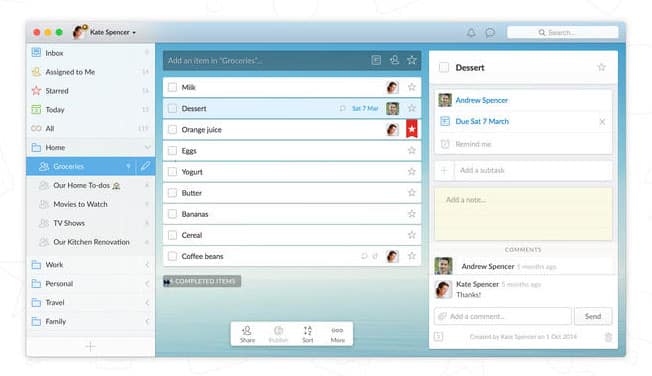 Wunderlist is one of the best-known Mac to do apps in the market. It’s available on literally every device with a web browser (hello, PS4 productivity!) and has dedicated apps for most major platforms. This omnipresence makes it an easy system to use, especially if you bounce between Windows and macOS.

The core functionality of Wunderlist is simple, but it benefits from that focus. Lists are made of individual checklist items. Items can include due dates, reminders, notes, and sub-tasks. Checklist items can be organized in to a variety of manual lists. You can also create smart lists that show you everything due today, tasks for this week, and so on.

Lists can also be shared with other Wunderlist users, and the free version provides limited ability to “assign” tasks to collaborators If you’re looking for a team-focused app, Wunderlist offers a Pro subscription that provides more collaborative features. For $5 per month, you get access to unlimited tasks assignments and attachment size, as well as more background and unlimited sub-tasks. 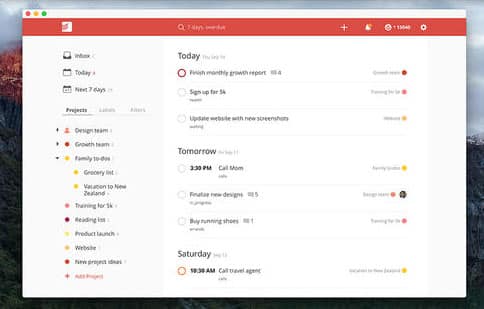 Superficially, Todoist is very similar to Wunderlist. It’s an attractive and well-designed checklist collector with features allowing for due dates, reminders, notes, and everything else you’d expect. There are a few key differences between the two apps, however.

Adding tasks to Todoist is a bit more intuitive. It uses natural language processing to help you schedule and organize your tasks. For example, if you type in “Submit timesheet every other Friday at 5 PM,” you’ll get a to-do item with those parameters. There are also more options for organizing individual tasks. You can add colors, tags, and priority rankings to tasks, and then create filtered lists based on those parameters. Collaboration is also a more prominent feature of app, with more of an emphasis on sharing projects and assigning tasks.

You’ll find Todoist available for most platforms, and those without dedicated apps are supported by a web app. The core application is free, but the Premium package includes a ton of legitimately useful features, like location-based reminders, email reminders, and custom filters. 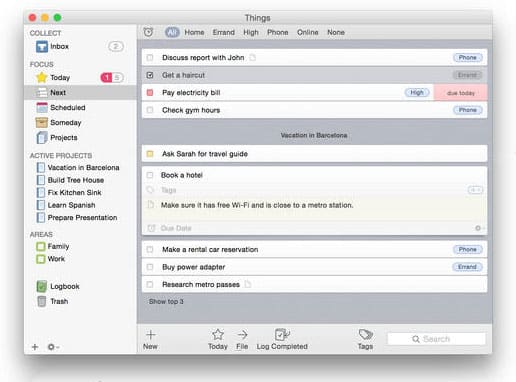 Things is an appealingly easy-to-use to-do app that integrates well with iOS and macOS. You can connect Things to Reminders, making it possible to add tasks to Things via Siri. Tasks can also be organized in the ways you’d expect, with projects and due dates. It’s got a GTD flavor, with some features designed to make that methodology easier, but it’s not as baked-in as OmniFocus.

The app is getting a little long in the tooth, but it’s still functional and receiving updates. You’ll find Things on the Mac, Apple Watch and iOS devices, but there’s no multi-platform access. 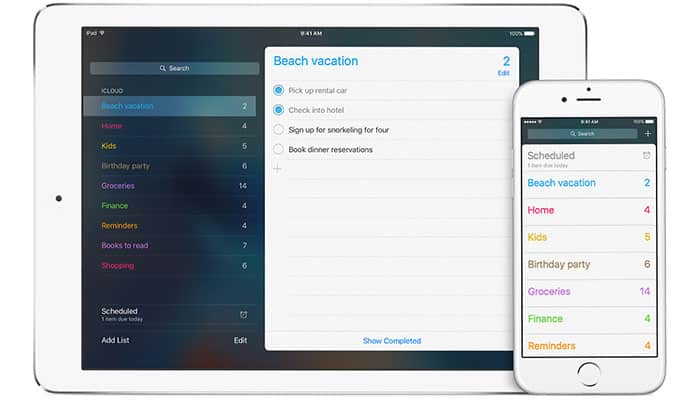 Don’t write off Apple’s Reminders completely. It might be aggressively simple, but sometimes that’s all that you need. If you’ve got a few things to get done this week, the pared-down interface is perfect, and the deep iOS integration is unmatched. New tasks are easily added via Siri, and location-specific reminders are a helpful way to organize your tasks. The app is a lot like a Post-it note: great for its intended task, but you wouldn’t write a novel on it.

If you want a truly overpowered Mac to do app to help you with the GTD methodology, Omnifocus is an amazing companion. Todoist is more appropriate for those seeking well-designed power, and Reminders is great for some basic organization.

Reinvent Your Workflow with Wunderlist