Themeboard App Will Make Sure You Don’t Get Bored of...

by Noemi 8 years ago11 months ago

In spite of the many complaints we hear about Apple products, both hardware and software, we can’t say that iOS 8 has not brought lots of awesome changes with it. One of them is that we can now use third-party keyboards.

Personally, the default keyboard does not pose much of a problem. However, there is something to be said about being able to have some variety. We all know that that’s one of the main things that Android users say about iPhones: Apple is just too restricted and doesn’t allow for creativity and exploration on the user’s part.

In any case, different strokes for different folks, and you obviously know where we, at Apple Gazette, stand.

If you want custom keyboards on your iPhone or iPad, you can opt for individual apps, or you can download the Themeboard app, which is actually a treasure trove of keyboards. You can choose from a host of custom keyboards in one place. With just one app, you can discover different options such as below. 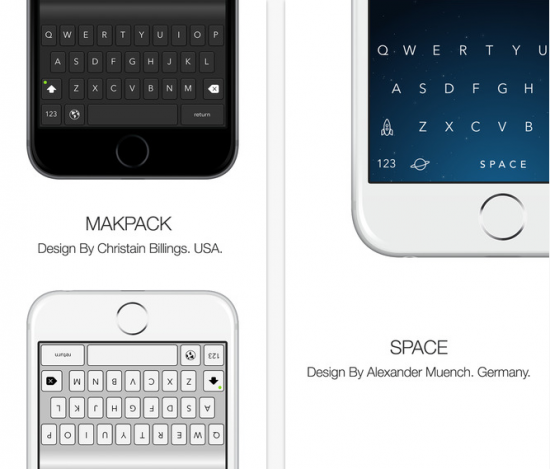 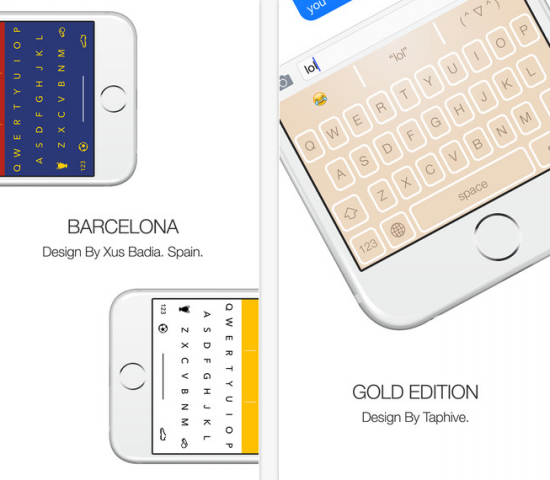 Developed by Taphive GmbH, the Themeboard app also has lots of additional features that make it a rather attractive deal: