Steve Jobs is the 56th wealthiest person in America 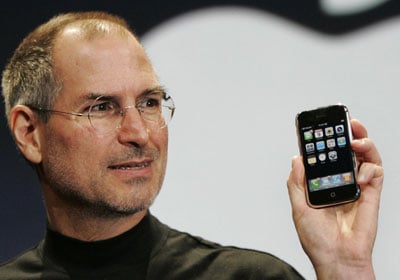 Steve Jobs has to be a happy man, despite some of the more recent “issues” with early iPhone adopters, and NBC, because Forbes has him ranked as the 56th most wealthy person in America – which is a HUGE jump from #136, where he appeared just last year.

While the Forbes articles seems highly focused on the negatives – numbers don’t lie – and this has been Apple’s best year ever thus far. We’ll see where things take us in the holiday season, but I have serious doubts that the status quo is going to change this year. There will be millions of iPods – and iPhones – sold this year, and I would imagine that this time next year, we’ll see Steve Jobs climb even higher on the Forbes list.