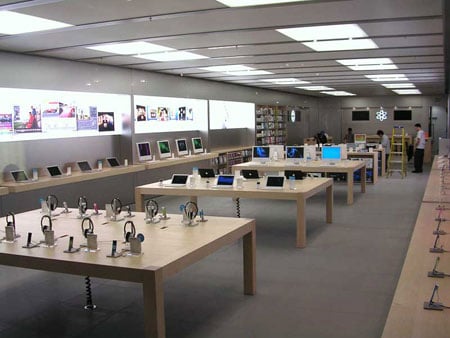 Apple is going to have a lot of celebrating to do on the 26th of October. Not only are they Launching OS X Leopard world wide, but Apple is also opening its 200th Apple Store in the SanTan Village shopping center in Gilbert, Arizona.

It’s been less than 6 years since Apple opened their very first Apple Store in Virginia.

The stores have been a huge success for Apple, having generated $1 billion in sales within four years of opening that first store. Now they are considering stores in Chicago, Australia, and more. Things are continually looking up for Apple. Sales have never been higher, and hopefully…HOPEFULLY…I’ll get an Apple Store around here sometime soon.

It sure would make my job easier. 🙂