You are here: Home / Lifestyle / This Chinese Fake Apple Stuff Is Getting Ridiculous 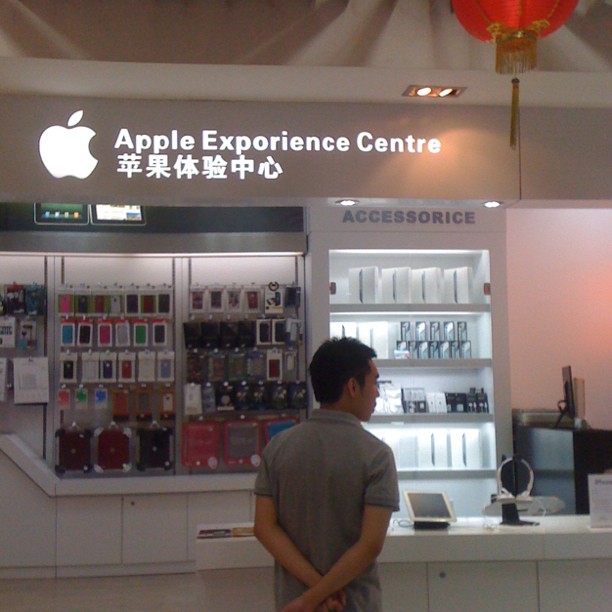 Found on Instagram: a kiosk that takes the “fake Apple Store” concept to gonzo new heights.

No doubt you’ve heard the stories of those bizarre yet utterly convincing fake Apple stores in China. I’m thinking this kiosk store wasn’t made by the same people. Because at least they could spell.

Instagram user fromjia posted this photo of some kind of kiosk that looks like it was spotted in a mall or an airport in China. I wonder if they sell Cuke or Pipsi to go with all that accessorice.

Interesting sidebar: this sort of thing is so prevalent in China — not just with Apple but all sorts of products — that Chinese culture actually has a slang term for it. It’s called “shanzhai.”