Why Apple is Poised to Become the $1 Trillion Company 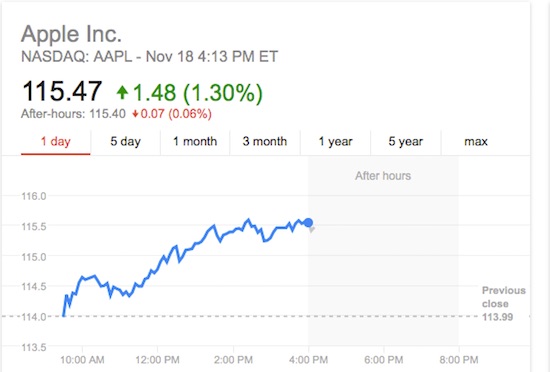 If you’ve been paying attention to Apple’s stock price lately, you’ve probably noticed that it is at an all time high. Following its 7-for-1 stock split earlier this year, AAPL is now trading above $115 per share. That gives the tech giant a market capitalization near $670 billion, easily making it the most valuable company in the world. On Monday of this week, Wall Street analysts delivered even more good news to investors by describing Apple as “undervalued,” and saying that the company is on track to eventually be worth more than $1 trillion. Here’s why that prediction is likely a safe one, and Apple’s financial future looks brighter than ever.

When Apple announced its fourth quarter results back in October, the numbers showed that it had generated $42.1 billion in revenue, resulting in $8.5 billion in profit. During that quarter, which included the release of the iPhone 6 and 6 Plus, the company sold more than 39.2 million smartphones, 12.3 million iPads, and 5.5 million computers. Add in another $4.2 billion in revenue generated from iTunes, and you have all the makings of a record quarter.

Those amazing numbers aside, Apple has a lot to be optimistic about. The iPhone juggernaut doesn’t seem to be slowing down in any way, and more and more units are being sold every year. On top of that, the Mac continues to outpace trends in the computer industry by selling more laptops and desktops than ever before. And as a sign of how diversified Apple has become, the iTunes revenue numbers are still rising, despite declining music sales across the industry. 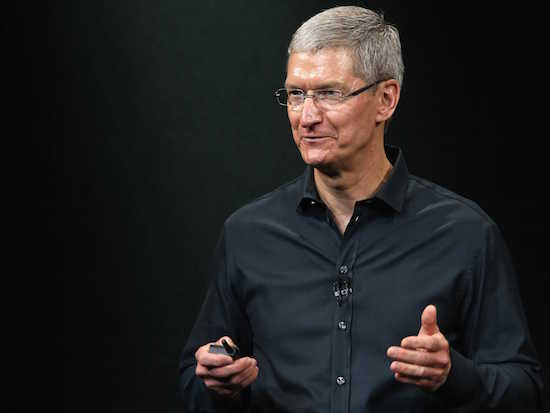 Not all the numbers were encouraging though, as iPad sales have started to decline, indicating that unlike smartphones, consumers don’t see the need to replace their tablets every two years. Apple CEO Tim Cook says he believes the decline is a momentary blip, and that sales will rebound in the future, but there is little indication that investors should take that statement at face value. There is no question that tablets remain incredibly popular, but their sales arc has already leveled out, and it will take something truly special to get consumers excited about those devices once again.

Moving forward, the Apple Watch looks poised to expand the smartwatch market dramatically when it is launches next year. New apps and accessories created for the Watch should also help to generate more revenue, as the device becomes another “must have” product for iPhone owners. HomeKit, Apple’s foray into the automated home market will finally see the light of day in 2015 as well, and the acquisition of Beats should begin to pay dividends next year too. This further diversification of the product lines shows a company that is looking to expanding into areas that were not particularly viable before, but now how hold potential value.

But the most interesting – and potentially lucrative – new revenue stream for the company is Apple Pay. Apple’s new contactless payment system is just starting to gain momentum, and the company gets a tiny slice of each transaction made using the service. Those tiny slices can add up quickly however as more consumers embrace Apple Pay and begin to use it in their daily lives. For now, the amount of money generated through the service is minimal, but as more Apple Pay-ready devices are sold, and more banks and retailers adopt the service, it could become a serious money maker for Apple. 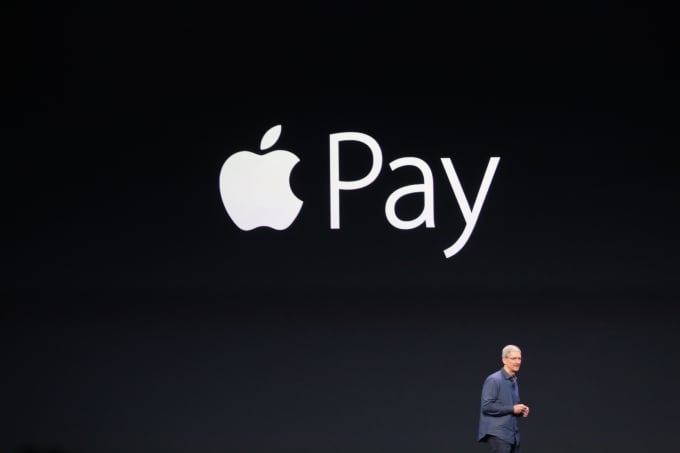 In the October 20 earnings call, during which Apple’s revenue numbers were revealed to investors, Tim Cook hinted that the company is also working on other new products and services that have yet to be revealed. If Apple’s track record is any indication, those items could also create new revenue streams that will impact its financials in years to come, driving consumer demand in new ways, and increasing the stock price as a result.

Taking a look at the big picture, it is easy to see why investors are so bullish on Apple. The company continues to perform at an amazingly high level, with products that appeal to a wide range of consumers. With all of the variables that are already known, the idea of the company surpassing a $1 trillion market cap seems not only plausible, but inevitable. It is too early to say exactly when Apple might reach that lofty number, but if the momentum continues to build as it has in recent months, it is not out of the question for the company to reach that milestone sometime in 2015.

The most valuable company in the world is only expected to get more valuable. That is great news for fans of Apple, and those who invest in its stock. Often times when a company gets as large, and valuable, as Apple has become, it tends to get conservative and slow to respond. (I’m looking at you Microsoft!) But that doesn’t seem to be happening in Cupertino, where Apple continues to be as innovative and shrewd as ever.