How to Activate SMS Relay and Instant Hotspot in iOS... 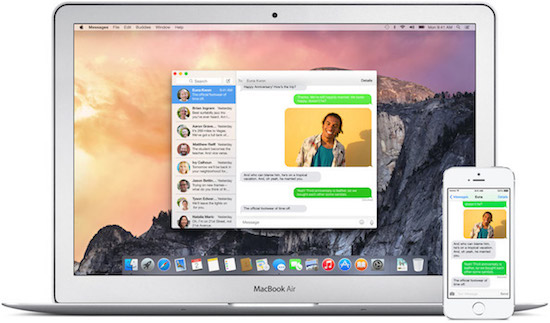 One of the best new features that Apple included in iOS 8 and OS X Yosemite is the ability for your iPhone and iPad to interact directly with one another, and your Mac. The new feature, dubbed Continuity, gives us the ability to begin work on our mobile devices, and then seamlessly continue that process on our computers, or vice versa. When Apple released iOS 8.1 last week, they actually added two new Continuity features – SMS Relay and Instant Hotspot. The first of those tools gives us the ability to receive, and send, standard SMS text messages from our Macs, while the other makes it easier than ever to use your iPhone as a mobile hotspot. Here’s how to activate both features, and get them working across all of your devices.

Have you ever noticed that when you send text messages from your iPhone, the notes that you receive back can appear in two different colors – green or blue? The blue chat bubbles indicate that you are conversing with someone who is also using an Apple product, such as another iPhone, or perhaps an iPad, iPod Touch, or Mac. Messages that are delivered this way use tiny bits of data, and don’t count against any text message limits that your carrier may place on your mobile plan. They also sync across all of your devices via iCloud, making it easy to start a conversation one gadget, and continue it elsewhere. 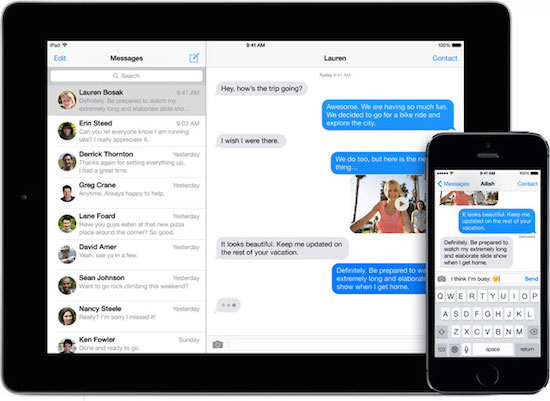 In contrast, the Green text messages actually represent standard SMS texts, which are sent from any non-Apple devices, including Android, Blackberries, Windows Phone, or even any non-smartphone. In the past, these message only appeared on your phone itself, and weren’t visible on your iPad or Mac at all. The new SMS relay feature changes that.

Turning on the SMS Relay functionality is actually incredibly simple. First, to ensure the feature is working properly, all the devices that you want to sync messages with need to be signed into the same iCloud account. This generally goes without saying, but it is good thing to check if the service doesn’t function properly once you get it set up.

Next, open the Settings app on your iPhone, and select the option for Messages. Under iOS 8.1, you’ll see a new heading labeled “Text Message Forwarding.” Selecting that option will show you a list of devices that are compatible with SMS Relay, and are currently signed into iCloud. Simply tap on the ones that you want to receive text messages on. 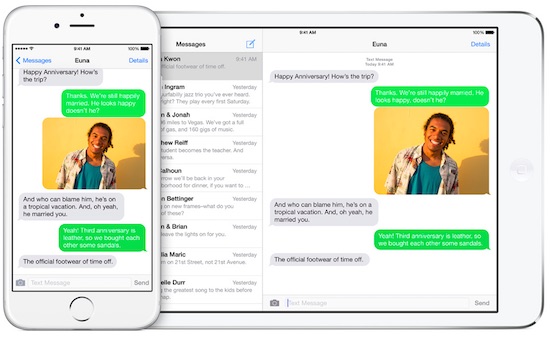 Before the service begins functioning however, there is one more step. As a security measure, Apple has any device that is set up to receive messages via SMS Relay generate a security code, which in turn be entered onto a screen that appears on your iPhone. Once that code is entered the service is activated, and should begin functioning immediately. You’ll now have the ability to both receive, and respond to, text message directly from your computer, or other iOS devices.

One of the best, and often underutilized, features of smartphones is the ability to use them as a mobile Wi-Fi hotspot. This allows you to tether your computer to the phone, and share its data connection when a wireless network isn’t available. It is a service that can come in very handy when you are traveling, and possibly find yourself in need of an Internet connection. And since LTE service is so fast, and continues to become more widely available, these days that connection is often quite good.

With the release of iOS 8.1 and OS X Yosemite, Apple has made it easier than ever for your Mac to tether to your iPhone for a data connection. It is so easy in fact, that you don’t even need to have the “Personal Hotspot” feature turned on to make use of it. Once again, both devices need to be signed into the same iCloud account for the Instant Hotspot functionality to work. This provides an extra level of security against data leechers at the airport or local coffee shop. 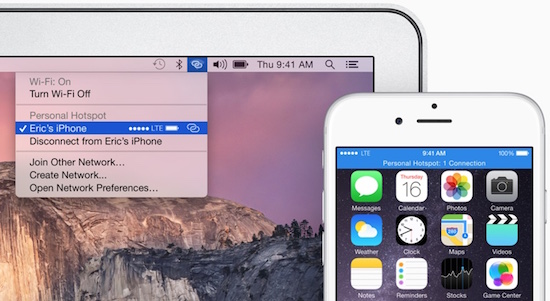 When you want to connect, simply wake up the phone, and then click on the Wi-Fi icon on your Mac’s taskbar. In addition to seeing a list of all available Wi-Fi networks, you’ll also see a new option that is labeled “Personal Hotspot.” Directly under that, you’ll find a listing that should show your mobile device, as well as an indication of the signal strength, network type (LTE, 3G, etc.), and current battery level. Choosing that option will connect your two devices, and give your laptop the ability to connect to the Internet.

SMS Relay and Instant Hotspot are just two of the many new features that Apple has included in iOS 8 and OS X Yosemite. They both have the potential to be incredibly useful to users who exist within the Apple ecosystem, using iPhones, iPads, and Macs in the same environment. Having all of your devices work in sync with one another is one of the things that makes Apple stand apart from its competitors, and the features that Continuity delivers are going to be very tough to duplicate elsewhere.