You are here: Home / Patents / iPhone With Wraparound Display a Future Possibility 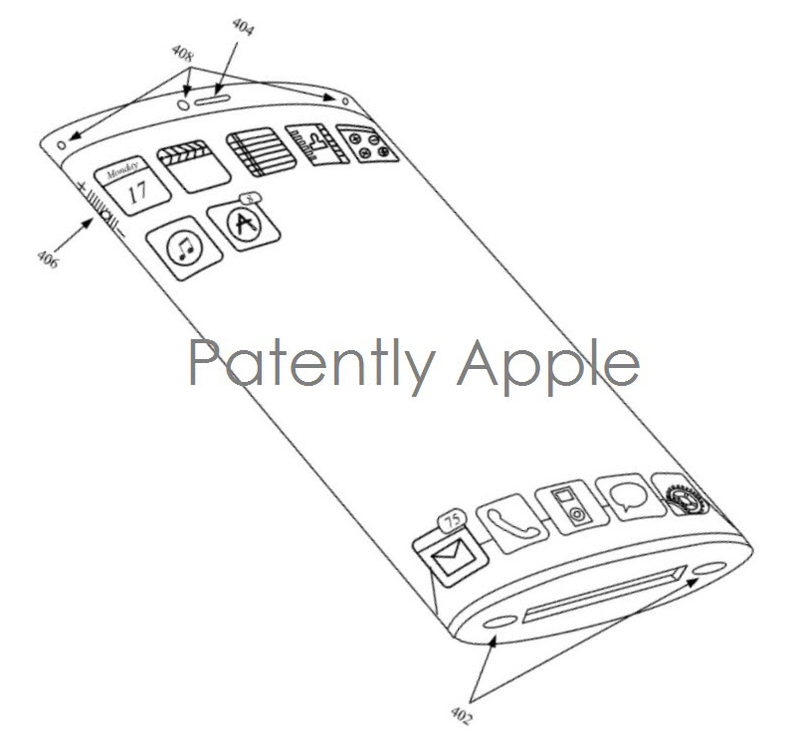 It’s always interesting to see what new patent Apple has been granted, if only to dream about even cooler stuff that we may actually  have in the future. In the past months, we’ve seen patents for the “iPen“, smart magnet technology for the iPad, and biometric headphones. Who knows when – or if – they’re actually going to be implemented?

That doesn’t mean Apple stops applying for patents – one brilliant, commercially implementable patent can make them richer than even they can imagine. (You know who they are.)

So, today, we heard about another patent granted – for an iPhone with a wraparound display. Is it just me or does that remind you of the 5th gen iPod nano? However, based on the patent, Apple certainly has much better things in mind. Patently Apple reports: So yeah, the iPhone x might be based off this image. How does that make you feel?